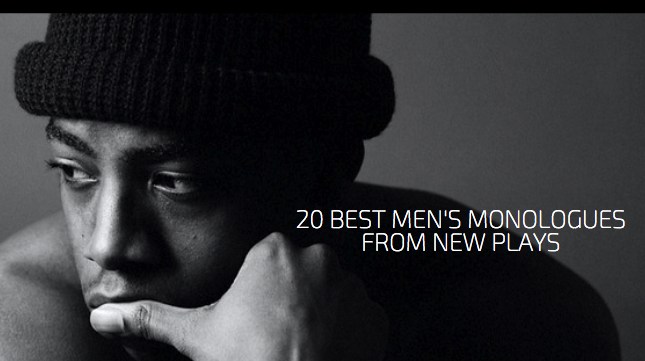 Here’s the 20 Best Men’s Monologues from our New Plays of 2020 published right here on Monologue Blogger. Access your drama monologue.

OTHER SIDE OF THE CHASM – Chad has never been one to fit into the crowd but there exists a deep need to be one of ‘them’.

FACING THE SUN – three soldiers are trapped on a mountaintop after a severe battle with the enemy and during a heavy winter storm.

A SHADE OR TWO DARKER – Lion is the son of two lighter skinned parents and because of their difference in color, their family values collide.

THIN ICE – Kyle is the new kid on the block at his High School and makes friends with the only person that seems to give him any attention.

MORE WAYS THAN ONE – Porterfield has become the worst kid in school but through his dark cloud beams a b it of light shed upon him from the school principal.

A REASONABLE PLAN – Shabe is mixed up with some pretty bad guys who are blackmailing him to commit a crime that can not only destroy his life, but destroy his integrity.

DEAD MEMORY – Bruce is fresh out of prison with a heavy burden resting on his shoulders to get revenge for the death of his girlfriend.

BIG TIME – Maddock is a boxer who is reaching the end of the line for his career and after his most recent fight he confronts his boxing manager about how he could have been special.

LET THE WORLD SEE US – Simon has reached the pinnacle of business success and longs to go back to when his life was simpler and perhaps better. 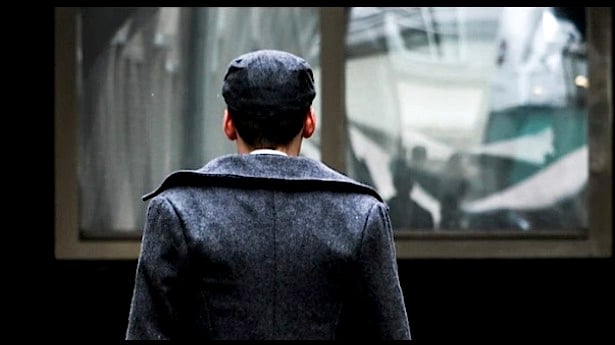 BLOOD ON YA HANDS – Dunston does his best to verbally defend himself and call the shots against none other than Jack The Ripper himself.

IMAGINED IT TO BE – a street hustler encounters a kid who attends private school and the two embark on an interesting conversation and maybe even friendship.

BETTER DAYS – Miles is once again late on his motel rent and tries to make a deal with the caretaker to arrange to have his room back.

ONCE IN A RIVER BLUE – Willy Boy explains to Solume that he’s always been viewed as a troublemaker when that’s not really his true story at all.

THE TOY TRAIN – While standing alone on an outdoor train platform on Christmas, Bill meets an elf named Kate.

LAND OF THE FORGOTTEN – George is a former architect who had reached a solid level of success and is now living on the streets.

LAST LINE OF DEFENSE – Mr. Rogers is desperate to talk to the wife of the man who is stopping him from building his major hotel construction.

SINGLE HAPPY MOMENT – Doug and his girlfriend Priscilla are on the run from criminals who want to kill them and while hiding out in a motel, they receive a visitation.

ONLY IF YOU SAY PLEASE – Buddy is excited by the fact that he can start taking scores with his partner in crime now that he’s out of jail.