In There He Is, PETE talks about how annoying his co-worker Andrew is and how he is caught in a world of inner turmoil over it.

PETE:  My co-worker is the most annoying guy in the world.  I wish to God I wasn’t so nice to him when I first started working at my new job.  I should have wondered why he was so overly nice at the start.  I thought it was just good manners but it was purely desperation. You see, the guy is a douchebag, alright?  There, I said it.  All the other co-workers round on him like he’s diseased and now I’m stuck with him and don’t know how to get rid of him.  I don’t mean to sound mean and I know I probably do but you don’t understand.

For example, every morning when I get to the office, I go into the break room for my morning cup of coffee, this is my moment, the moment I take before dealing with my loser of a manager and all the other dipsh’ts I have to smile at and report to.  It’s this one little coffee moment, by myself, in the quiet of my tortured life, that I work up all the strength and courage I need to walk down that pathetic hallway, to my desk.  But noooo, I have fantastic Andrew popping in now because he knows, he knows I’m all alone, so he jumps at the opportunity to speak to me with his cheese and fart breath, about whatever it is he did the night before, which is absolutely nothing all that interesting, whatsoever. (imitates Andrew)  “I leveled up in my game man, I leveled up!”  Who-gives-a-fly-ing-sh’t-man?

It’s gotten to the point where I’m getting short.  I’m cutting off his sentences now and have a growing attitude in my voice when I respond to his stupid asinine questions of absolutely no importance to mankind.  You know the kind of questions that are just asked to keep a useless conversation going??  Those questions.

And now the poor bstrd flipped it on me because he looked at me in the break room this morning and with the saddest puppy dog eyes I have ever seen on a grown man, said, “You’re starting to become just like them now…” and he sloped his arms over and walked out like a lonely cartoon and part of me was elated that he was finally starting to get the hint but…then the other part of me feels bad because I’m really the kind of guy who likes to be friendly with everyone and now he’s guilting me hard.

It’s just that he’s over the damn top and I don’t know how to get him to have a normal barometer on the whole co-work friend thing. 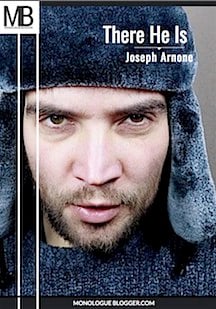 In this one-act comedy ePlay, Pete realizes he’s bit more than he can chew with his co-worker Andrew.