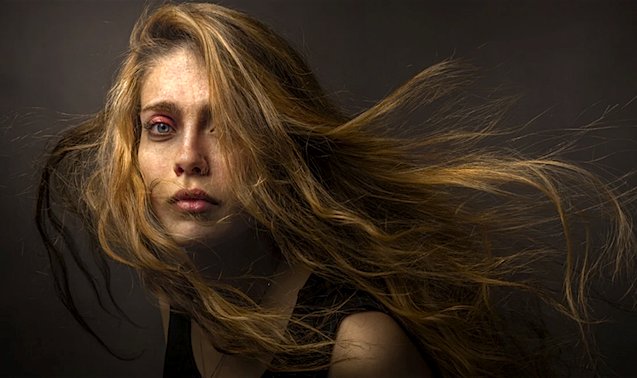 In Better Version of Jenny, Jenny opens up to her best friend Olga about how she can’t seem to find her own inner happiness anymore.

JENNY: I was standing in the rain by myself at the bus stop. I must have been waiting for the damn bus for twenty minutes. I was meeting Roger for coffee and dessert to go over our project together and I looked a wreck from the weather.

So, I wasn’t in the best of moods.

Anyhoo, I see this couple, a young couple, walking to the bus stop. They are sharing one umbrella and the guy has his arm wrapped around the girl and they are laughing as if it was a bright sunny day. This annoyed me. I’m still trying to figure out why, but it really got under my skin.

So, they stand not more than five feet beside me and I could hear their conversation. He’s talking about how cute she is and she’s giggling and kissing him and he’s eating it up and she’s rubbing her hands on his chest and he’s smiling. It was as if they were the only two people in the world. Like the world revolved around them.

It saddened me. I became so miserable on top of being miserable, which means I was two levels deep in my misery.

Why can’t I be caught in the rain with a handsome man who’s telling me how beautiful I am?

Anyway, I was first to get on the bus and I walked to the very back and check this out, there were only three vacant seats left. The last pair of seats were empty and there was another empty seat next to some guy.

You know what I did? I took the double seats and watched this young happy couple sit apart from one another. I did that. I caused that break. They could have sat together but I made them separate.

At first I felt victorious. Like, HAH, how do you happy people like that?! But then, after a minute or two went by and I saw the guy look over at his girl and she back at him and how they both smiled at one another…it nearly broke my heart.

I feel like such a fool and I’ve had this terrible feeling looming over me ever since. How do I change and get back to feeling happy again? 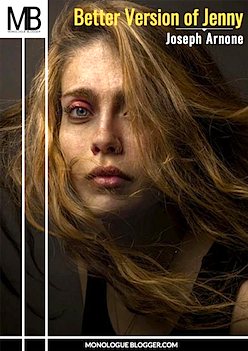 In this one-act ePlay, Jenny gets advice from her best friend Olga on learning to live for her own happiness, rather than striving to achieve things just to make other people happy.