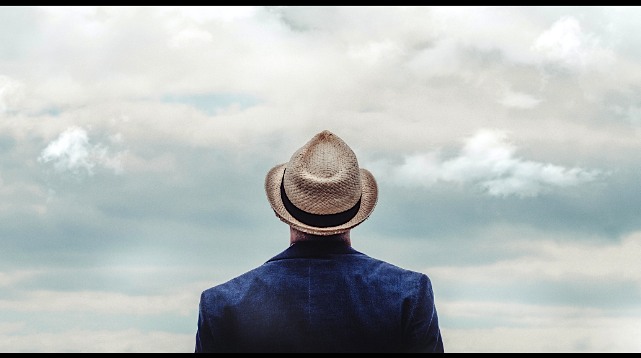 In Every Thursday, Myer talks to his wife about their son Michael and how he feels completely out of touch with who his son has become.

MYER:  Coffee? What the hell does he know about coffee, other than drinking ten cups of it a day? Ever try to have a conversation with him? He goes a mile a minute. More energy than a nuclear bomb. I can’t keep up with him. It’s like talking to ten people at once in a crowded room, but you’re only looking at one guy. He says things I don’t even understand, those tech terms that make no sense to me, I question if they’re even real words he’s using, just to pull my chain but I don’t say a word, I just nod cause I don’t want to look stupid, but how can I look foolish if he’s looking insane? Talking to him is like talking to a madman on the street, except it’s my son, this is my son. I’m supposed to love my son, but he feels like a complete stranger or better yet, a drunken sailor who drinks too much coffee and spits out words that have no rhyme or reason. I don’t know what the hell is going on anymore. Yet, he’s successful. He’s unbelievably successful and it’s a mystery. It’s an absolute mystery. 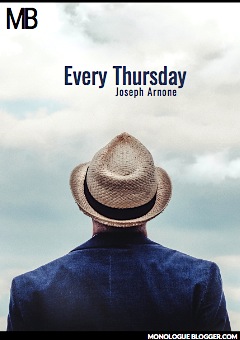 In the one act eplay Every Thursday, what rides behind Myer’s anger is the fact that he misses his son and wishes they were close again.  1 Woman, 1 Man.  Drama.