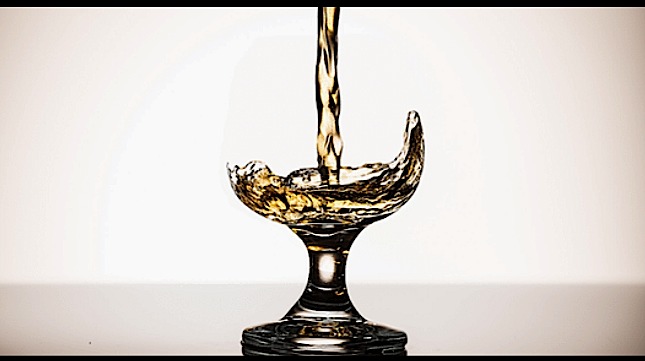 In Night of the Party, Ronon refuses to go out to an event with his wife because he’s tired of keeping up with appearances.

RONON: I’m fed up. Tired of going to these gatherings, sipping the same champagne, laughing at the same dull jokes, negotiating but trying to act like there isn’t a negotiation taking place…who is really real? Is it because I let someone stay at our home in New England? Does that constitute for deep friendship? It’s all calculated and it works. That’s the real kicker. (beat) Paggie, don’t you ever get fed up with playing the game? When do we get to simply live out our lives and be happy? When is high enough actually ever high enough? …There’s a lack of meaning, purpose…maybe that’s wrong, that’s not what I’m saying here…what I mean is I feel empty inside. On the outside there’s nothing but sparkling pearls but on the inside, I feel like some cheap vacant motel that needs a fresh coat of paint to avoid looking like it’s about to collapse.

I always imagined at some point we would have jumped ship and swam to some unbeknown island, just the two of us, away from all the limelight…in peace. But we haven’t. We’re still here, powering on as if it’s still the beginning and it’s become routine. I feel like we’re trapped in this phony romantic period that doesn’t truly exist, we just think it does. It’s fantasy. Magic. False. It’s all so horribly false. (beat) I want out. I need out. If I stay a moment longer I will crumble. This is what it’s doing to me inside. I cannot keep myself together…not tonight, not any other night. 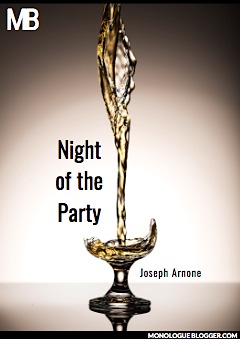 In the one act eplay Night of the Party, Ronon and his wife Paggie are about to leave for an event, but Ronon has a change of heart and refuses to leave for the party they are expected to arrive at.  1 Woman, 1 Man.  Drama/Serio-Comedy.