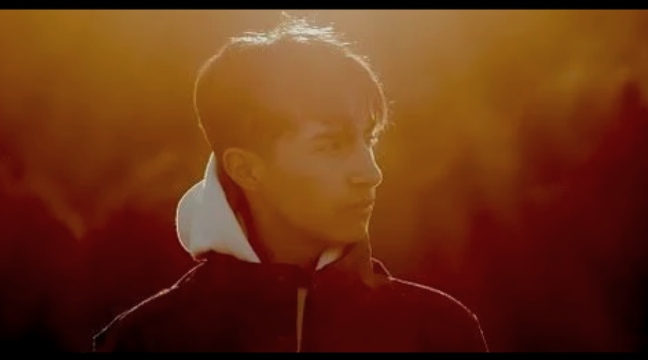 In the teen drama No Choice, Justin expresses his true feelings for Judy after knowing one another since childhood.

JUSTIN: I don’t care anymore Judy. It’s been too long since I’ve felt this way and I know you’ve felt it too. We can’t hide it anymore, he’s just gonna have to deal with it. Our parents will have to deal with it too. I know they ain’t gonna be happy with the idea. It’s not like they didn’t know about us anyway, you’re always askin’ ’bout me and my Mom has hinted a few times…but I know she won’t be happy with it, think she loves you more than she loves me, so I don’t think she’ll ever think I’m enough for you. I’ve never thought that I’d ever be enough for you, but…(looks at her) I don’t wanna be afraid of givin’ us a chance anymore. What if I miss my chance and years down the line you get married, let’s say to some man that you love but you just don’t feel the same connection with, like you do with me, but then it’s too late, I missed my shot cause you got a good heart, you wouldn’t ever leave him, you’d stick by his side and love him, I know you would and so I’d move on and find someone too but it’d never be the same with her because lookin’ into her eyes would never compare with lookin’ into yours. So I’m done, I’m done being persuaded in the wrong direction, constantly by everyone and worryin’ what everyone thinks all the time. They don’t know Judy, only we know what’s real. 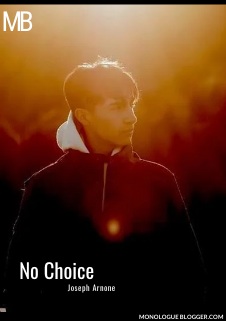 The one act eplay, No Choice, is a love story of two teenagers Judy and Justin who struggle to be together over the course of years as neither time nor circumstances allow them to be a couple.  2 Women, 2 Men.  Teen Drama.