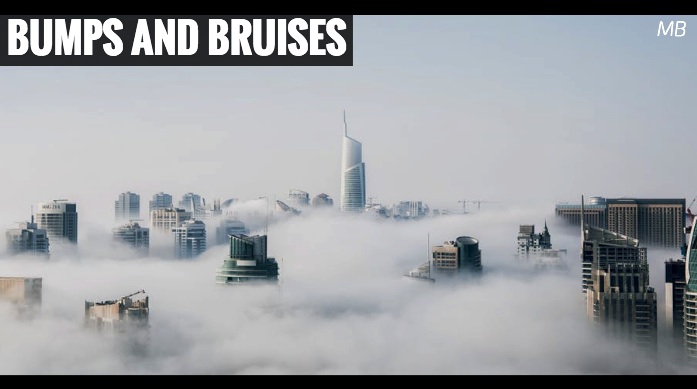 Bumps and Bruises is a short dramatic scripts where JONES is trying to make a business deal with store owner VIHAAN.  2 men.  Drama.

Vihaan: I’m not doing the deal.

Vihaan: Because you’re trying to get over on me.

Vihaan: You seem like a nice guy but now you are telling me stories.

Jones: I think that’s kind of insulting. Maybe you don’t value what I’m bringing to the table enough.

Vihaan: I value you what you offer but I can get it cheaper.

Jones: That’s right…cheaper. You will have a cheap result, not quality.

Vihaan: It doesn’t need to be amazing.

Jones: It does. This is you company. It needs to be the best.

Vihaan: I rather grow slowly over time. You are asking too much, too soon.

Jones: No problem. I can’t lower my rate. I’m one of the best at what I do. I’m already offering you a solid deal. If you want to go with someone else for a fraction of the cost, that’s your right. This is your business, not mine.

Vihaan: I’m sorry if I offended you.

Jones: No need to apologize. Honestly, I understand it can be nerve-wracking to take the leap and expand your company in uncharted territory.

Jones: You know, areas that you never went before.

Vihaan: But, do you mean I am uncourageous?

Jones: I didn’t say that.

Jones: I wouldn’t allude to such a thing.

Vihaan: Maybe now you are insulting me?

Jones: You see? Maybe we don’t see eye to eye and it’s a good thing this deal doesn’t happen. It’s fine. I thank you for your time.

Vihaan: …Wait. I’m not an indecisive man but you are making me indecisive.

Jones: I’m not trying to—

Vihaan: Just a moment. You claim you are the best at what you do.

Vihaan: You say that your price is fair.

Vihaan: You tell me that it will be of high quality.

Vihaan:…I want to go with you.

Jones: Are you sure?

Jones: …Yes, but…there was a hesitation and now I’m not so sure I want to go with you.

Vihaan: What are you talking about?

Vihaan: I made my decision. Maybe it was not one, two, three but I am older than you and my mind is—

Jones: No, no, that’s not it at all. I can’t work for someone who is going to get in my way. I need someone who is going to let me be free to build out your business the way I know it can grow. I’m not saying final decisions won’t be yours but I suddenly get the feeling that you will be nitpicking every little thing because you seem like a very meticulous guy.

Vihaan: I am. I am a very meticulous guy.

Jones: That’s the problem. Being meticulous works for your company tremendously but for me, you will be getting in your own way.

Vihaan: What do you suggest?

Jones: I suggest that if we are going to work together, you give me the freedom to manage what you are hiring me to manage for you, be patient and you will see things develop, grow and become successful.

(Vihaan sticks out his hand for a handshake)

Jones:…Yeah, but…now you’re only agreeing quickly because you are covering up the fact that you will be drama.

Vihaan: What is drama?

Jones: You know, someone who keeps making a fuss.

Vihaan: But I just told you, no fuss.

Jones: Let me think it over.

Jones: Let’s both think it over and be certain that this is something we want to do.

Vihaan: But I know what I want. I want you to do the deal.

Jones: But is it for the right reasons?

Vihaan: Of course it is. I want my business to grow and I am going to pay you money to see to it that it happens. What else is there for me to know?

Jones: There’s something else that’s bothering me.

Vihaan: What about my son?

Jones: I think he’s going to get in the way of progress.

Vihaan: How? My son doesn’t even work in the store. He wants no part of the company.

Jones: Yes, but you said for now and then you said perhaps in two years time he will be. You even went so far as to say that you are currently looking for a son to handle what you wish to hire me to handle.  I can’t be your son.

Jones: And what if I am better than your son when he wishes to return?

Vihaan: But this is—

Jones: So, you see the issue?

I don’t know if this can work out between us.

Vihaan: When I was a boy growing up in India, my father raised my brother and me to take over the family business. My brother and I came to America and expanded what became the business into high-end luxury. For the last thirty years we only deal with the top one percent. At some point during this time my brother and I had a terrible feud and the business became divided when my father came to pass. I think about my brother every day. I spy on him to see how he is doing. He is doing better than me!

My son, I beg him to join me. He wants no part in what I’ve built. My brother’s four sons all work for him…I apologize to you for mentioning my son or for giving you the feeling of maybe being responsible like a son, without us even making the deal. Ha ha ha. But this business is my family now and anyone who comes to be part of it is also looked upon as part of my extended family. So, I hope you understand better what this is all about.

Vihaan: It’s not about the money.

Vihaan: It’s about what it matters.

Jones: Yes. And because it matters so much to you, I don’t want you to get blind sided with certain decisions I will have to make.

Vihaan: My work is my passion, there is no blind sided or whatever you say happening with what I do.

Jones: I’m not trying to upset you. What I mean is that–

Vihaan: I know what you mean. Now you are changing my mind again. You are making me feel like I—

Jones: No, no, no, before you say it, let me ask you a question.

Jones: Honestly, do you feel we can play ball?

Vihaan: One cannot be afraid of bumps and bruises along the way. It is the only way to get good at the game.

Jones: You’re going to give me a heart attack already, I can see.

(both men laugh and shake hands)

Jones: It’s a deal. Thank you.