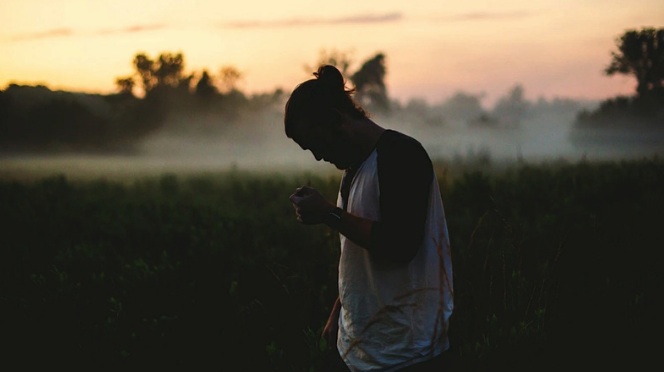 In the monologue, Somewhere Better Than Here, Cram shares his bitterness and truthful banter about how he genuinely feels about the love of his life, Ronda.

CRAM: Look, I’ll tell ya…I have no problem with her being what she truly is, I don’t hold it against her, I’m not judging her, she just doesn’t want to hear the truth. Look at me, I’m a gambler and a low life. I admit it freely, cause that’s my reality. I don’t go around trying to sugar-coat it. It is what it is and I am what I am, okay?

People get so hell-bent on accurate descriptions of what the truth actually is, especially if it pertains to who they really are, because they can’t face the reality of it for themselves.

Everybody’s trying to show a face, instead of being their real selves.

To turn to your fellow neighbor and call them out on something is presumed preposterous today. Am I right?  The arrows and daggers that get flung at you by all these different groups is frightening. Everybody becomes a Frankenstein when they open their mouth for stating the facts.

That’s why I don’t talk to no one. I want no part of the drama. I keep to myself and stay low-key in my low-life world. I don’t bother nobody and nobody bothers me. Amen.

If I’m asked my opinion about an issue, I go dumb. That’s it. Easy. I don’t play sides and I don’t play games. I could care less. Honestly. Waste my time…

Ronda was the rare exception. I took an extra minute to tell her the truth because, as you said, I was married to her and there’s an understanding. At least, I thought there was an understanding, but she threw me out of the bar, threatening to call the police, so I had no choice but to leave.

Now she hates me, but she respects me, cause she knows I play it straight. And that’s why I don’t want to go to the bar, cause I don’t need the aggravation, especially when watching the game.

But I’ll tell you something, I actually take back what I said about calling her what I called her. I take it back because I don’t want her to be that way…it’s not for me to tell her what to do with her life, but inside myself, if you want to know the truth, I’m bitter about her ongoings because she’s better than that. She is a beautiful woman who chooses to sell herself short of what she’s worth. She married me, for instance. She never should have married me. She’s way to good for me. I’m a bum and she’s, well, she’s a rare gem that happens to work in this crummy town, bartending to all of us losers.

Had she been born somewhere more promising, maybe with a better upbringing, like if she was given a fair shot at her full potential, man oh man, she’d be the greatest woman that ever lived on this Earth. That’s the truth about it.

So, in short, if I seem hostile and choose my words bluntly, it’s on account that I really care for her, and wish to God I was a better man capable of giving her the life she deserves…but don’t ever repeat any of this to her, cause I’ll kill you. 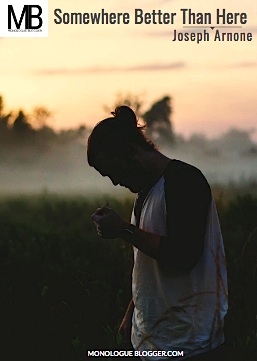 In this one-act ePlay, Warby comes over Cram’s apartment to watch a major baseball game.  What should be all fun and games, turns out to be a dark spin on Cram’s inner demons.