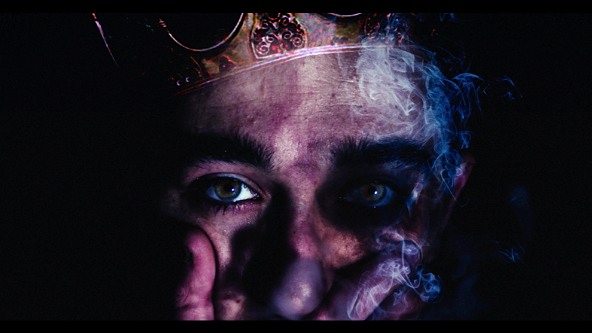 In The Handle of the Blade, King Larneth confides in his noble knight and reveals a powerful secret he’s kept from the kingdom.

KING LARNETH: Aye. There is grave danger in rising beyond oneself, in reaching one’s edge, for there is no room to carry on; move out from one’s own way, but yet, we persist…deeper into the abyss, for no just cause, but for our own righteousness…no, it’s a—-I am an insufficient–there was no ill intentions, mind you, only the desire to improve my ability, to lead better, make better in all things…the desire present but the vast of my mind, with limit. Do you see me my noble knight? A shadow of my former self… if only clever enough to say when…then I would have done good, then I would have passed things on accurately, perfectly…was it greed? (he looks at knight) Did I secretly know my own limitations? Perhaps, I did. Perhaps, I was all the wiser but alas, I fathom to think not wise enough, for I would hath…would, er…and so it goes, my gentle man, so it goes, the result of one’s own undoing. I must rest my tired woes. 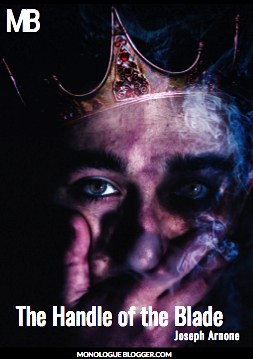 In this one-act eplay, King Larneth knows that there are people conspiring against him to take his throne.  He shares a powerful secret with Knight Charlington that can change the fate of the kingdom forever.  Drama. Classical.  2 Men, 1 Woman.