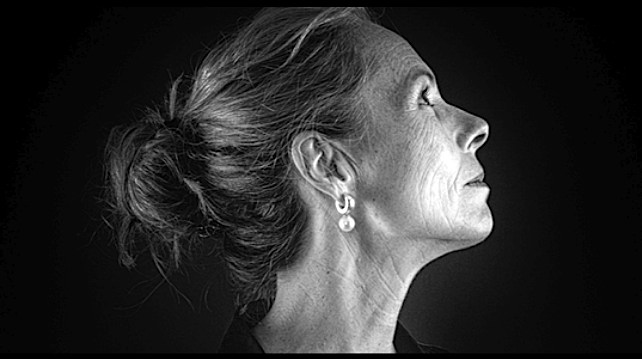 In Good Company, Loretta tells her daughter for the first time about a man she has a crush on from a restaurant near her home.

LORETTA: (laughs) Quite. He’s tall, broad shoulders, looks like he could take down a bus, he’s built like a brick house too this man but gentle, soft, it’s in his eyes, they light up when he looks at me and I feel as though we’ve already known one another, strange but inviting, so inviting…his hair is thin and slicked back not in a tough guy way but in a now you can see my whole friendly face way…he’s charming, makes me laugh, sometimes deliberate and other times I laugh without him even trying to make me laugh because it’s just him, the way he is…and oh, he smells good, he has some kind of after shave scent but it’s delicious.

In the one act eplay Good Company, Loretta talks to her daughter about a man she likes named Henry and how she thinks she may have blown her chance to have a relationship with him.  2 Women.  Serio-comedy.