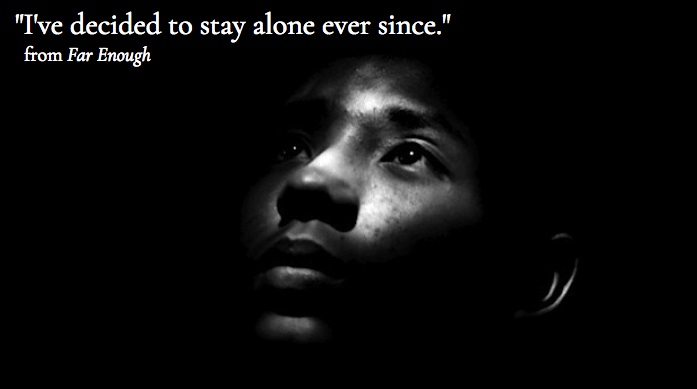 “I’ve Decided To Stay Alone Ever Since” is the beginning of this scene excerpt taken from the drama eplay Far Enough written by Joseph Arnone.

MATT:  I’ve decided to stay alone ever since.

GINGER: Which girl was it?

GINGER: What them boys do to her exactly?

MATT: I think they put their hands where they shouldn’t have.

GINGER: How long ago did this happen?

GINGER: Why didn’t you tell me sooner?!

MATT: I didn’t know what to say about it?

MATT: NO! No, there wasn’t no time for that.

GINGER: How you know for sure?

MATT: Mom, it was five minutes.

GINGER: A lot of sh’t can happen in five minutes!

GINGER: That was far enough. We know the Johnsons.

GINGER: Went to school with her mother and father.

GINGER: We’re gonna take a drive to their house.

MATT: No, please Mom. This is why I can’t tell you anythin’!

GINGER: Now you listen here! We’re going straight to the Johnsons and we are gonna talk to Kimberly’s parents about what happened and we’re gonna get to the bottom of this whole thing because that girl isn’t going to be scarred any further than she already has been and God pray I hope nothing as bad as my imagination happened to that sweet girl cause I’ll kill them sons of b’tchs myself before the law gets a handle on them. 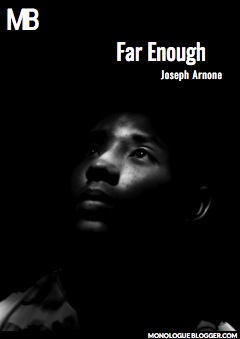 In the one act eplay Far Enough, Matt finally reveals to his mother why he’s been depressed and has kept to himself during the summer.  1 Woman, 1 Male Teen.  Drama.