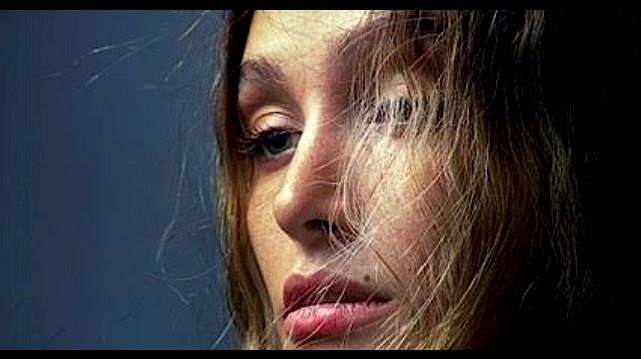 In As if She Were Medusa, Delilah confides in Mrs. FlowerPotter about her troubled sister Harriet and all the mayhem she’s been causing.

DELILAH:  It’s hard to explain…it’s more of a feeling, really. Whenever she enters the room, there comes with her a chill, a coldness, a kind of coldness that freezes up all the surroundings around her…including me. As if she is poised to strike out at a second’s notice. Wishing her a good morning can turn into the tea pot getting flung across the room. There’s been plenty of those occasions, ones I dare not even speak a word of. I am no sister of hers, no, especially on days when I peer into her eyes and all I see is a deep abyss of hatred. How could a pair of eyes look upon someone that loves them with such hatred? I’ve questioned it for years. I had secretly hoped time would somewhat cure her, if nothing else did, but it is clear now, there is no cure. There is a darkness that has engulfed her…one glance can paralyze you, as if she were Medusa. It has come down to survival and I do not care to find out how many more chances I’ll have before it’s too late for me. No, I want her out! I need her to go! Far away, back to her world. I deserve to have a child, but I won’t…not until she has left the premises forever. 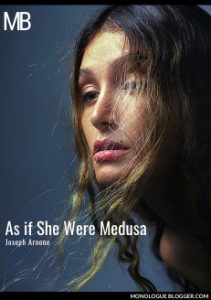 In the one act eplay, As if She Were Medusa, Delilah has been undergoing a lot of torment ever since her sister Harriet has moved in on her and her husband Barron.  Delilah believes that by arranging a dinner party for Harriet and Mr. Cusp, she will be free to have her life back.  3 Women.  Drama.