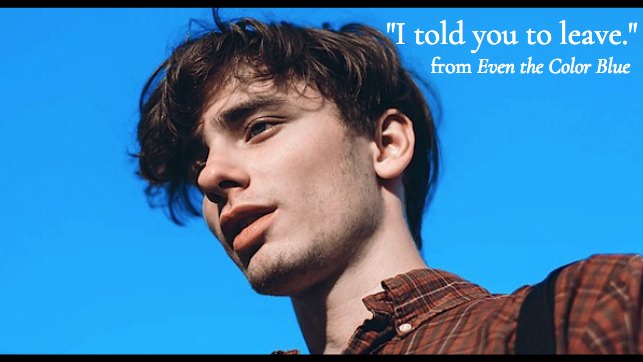 A drama scene between mother and son in this one-act eplay about love, family and identity in Even the Color Blue.

MOTHER: I told you to leave.

JOHAN: Mom, I’m not leaving until I see my father and tell him the truth once and for all.

MOTHER: You will shatter his heart.

JOHAN: What about mine?!

MOTHER: Why can’t you just live your life?

JOHAN: Stop pushing me away!

MOTHER: You push yourself away with your own behavior!

JOHAN: If you really want to show support, let me tell dad.

MOTHER: You planned on saying this to him tonight?

JOHAN: I can’t keep it in anymore.

JOHAN: …What do you mean?

MOTHER: He has. He’s getting worse. It’s progressive.

JOHAN: We told him to quit smoking years and years ago.

JOHAN: Is it something he can overcome?

MOTHER: And now we’re in a recession…couldn’t have happened at a worse time…he’s older now, so they are most likely to lay him off, keep on the younger men…on it goes. He’s gonna try to get placed in the office, maybe they’ll allow him to do administrative work, but your father isn’t the pen and paper type…he’ll end up leaving.

MOTHER: We’ll get by. Won’t be our first rodeo.

JOHAN: How much do you need?

MOTHER: I said, we’ll get through.

JOHAN: I have money. I can get dad better medical care and make sure the both of you are stable.

MOTHER: You’re a pharmacist now? What kind of medicine are we talking? What drugs are we talking about? Those pills you take? You wanna make your father a pill popper like you?

JOHAN: Why do you talk to me like that?

JOHAN: Mom, I only want to help.

MOTHER: Your money’s no good here! 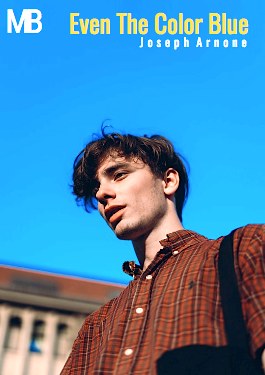 In this one-act eplay, Johan is faced with the need to come out to his parents, but the problem is that his father is ill, which causes a terrible conflict with his mother.