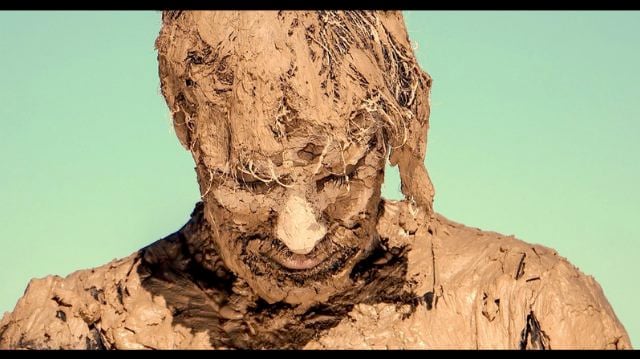 In the comedy monologue from Raison d’etre, Marlo talks to his friend Sharon about how he’s never had any luck.

MARLO:  Saw an ant carrying a dime on its back and thought, that little bastard has more money than me…probably has air conditioning, too. Kicks his feet up after a long day of work, cracks open an ice cold beer, farts till his heart’s content in the lap of luxury. Makes it rain on his yacht with all his cronies. Makes complete sense for a bug to be happier than me, don’t you think? (beat) I’m tired. Gifted at nothing and raving mad at..everything. The walls, the stars, the holes in my socks..stuck in this oversized arm pit I call home, with a landlady who wants to eat me for lust. Not that it’s bad to be wanted, but let’s face it, I have to be incapacitated for that. To think that I am alive and there is nothing on this planet that makes me happy. What’s wrong with my brain? Some days go by and things get so damn quiet that I start speaking gibberish at the top of my lungs. Some form of emotional release. Just the other day I ran back and forth in my kitchen, until I slipped and went flying into the dish rack; had a fork sticking out of my forearm, deeply dangling there…(shrugs his shoulders)…I left it like that…took a nap, woke up and went to the corner store to get a smoked turkey on a roll with a little bit of mustard, some salt and pepper and the guy behind the counter said, “Hey man, you got a fork in your arm.” To which I replied, “Yeah, I know.” As if I’m a numb. A FORK is hanging out the side of my ARM, I KNOW IT’S THERE! What’s the matter with people? Why would anyone think I wasn’t consciously aware of the fact that a f’n fork embedded itself in my anatomy? Suddenly, EVERYBODY wants to be helpful and concerned. Yeah? Well, where were you when I DIDN’T have a fork in my arm? WHERE?! …I didn’t say that to the guy behind the counter, but you know, I wanted to…so it goes. 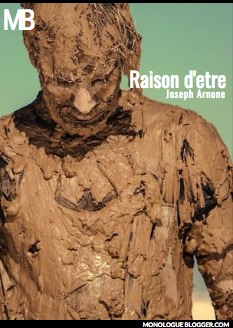 In the one act comedy eplay Raison d’etre, while talking to his best friend Sharon, Marlo makes a major realization about himself and how he chooses to live out the rest of his life.  1 Woman, 1 Man.  Comedy.