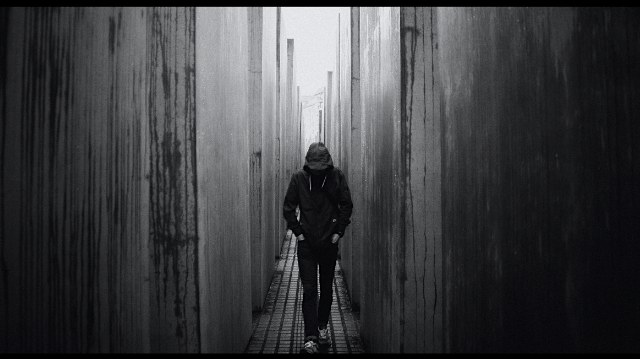 In Other Side of the Chasm, Chad talks to his only friend Lia about the great divide he feels when it comes to privileged high school kids.

CHAD:  You know that party Russel had last week? The one I wasn’t invited to…I walked over to his house cause I was curious, I wanted to see it with my own two eyes, what it was like to be in with the crowd. I snuck in to the side of the house, past the bushes. And through the fence I saw all of you having the best time…music, barbecue, diving in the pool, drinkin’, laughin’…it was like watching another world and yet I knew all of your faces. I saw your face and even though we’re friends it was like I was seeing you for the first time. You didn’t seem like you at all. You seemed, I don’t know, in your natural element, where you belong…you were accepted and I realized on my walk back home that I wasn’t and that sooner or later you and I, this friendship we supposedly have, is gonna thin out and end. You know why? Cause there’s no sound I can ever make that’s loud enough for any of you to take notice of…what I do, who I am, doesn’t matter…never will because that’s just the way things go when you’re on the other side of the chasm. 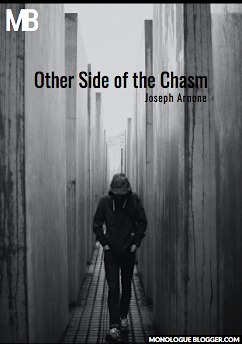 In the one act eplay Other Side of the Chasm, Chad tells his best friend Lia that he isn’t going to go to college, that he’s going to work at a music shop and get his own apartment.  Lia finds out the reason why and tries to help him out.  1 Woman, 1 Man.  Teen Drama Play.