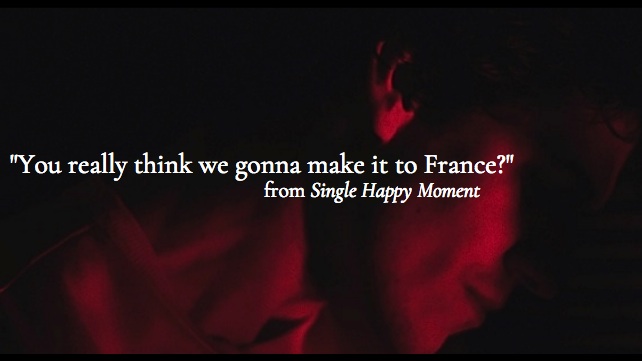 Priscilla and boyfriend Doug are on the run for their lives with plans to get to France in this scene from 1 act eplay, Single Happy Moment.

PRISCILLA: You really think we gonna make it to France?

DOUG: All we have to do is lay low, board the ship tomorrow morning and we’re outta here. Ain’t nobody stopping us on the ocean.

PRISCILLA: I can’t take all this excitement. My stomach is doing cartwheels.

PRISCILLA: I went to the toilet three times, how’s that a good thing?

DOUG: Cause you know that for the first time in your miserable life you’re getting outta this dump and you’re gonna be with a man who loves you and who would walk to the ends of the world for you and that you have nothing to fear ever again. Rodney, you will never hear from that clown as long as you live…he’ll never find us, you hear me? This thing we got is rare, it’s special and we planned this all right, now is our time, together and as soon as that ship sets sail, we will be free forever and ever and ever.

PRISCILLA: Why d’ya love me?

DOUG: Cause my life was lonely and cold before you showed up.

DOUG: So cold my life stopped moving but I was awake the whole time.

DOUG: Then you came along and it was like you shattered that block of ice I was encased in. You were my angel… 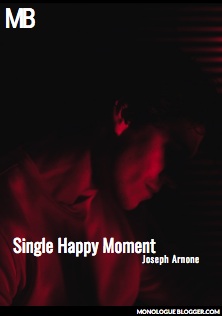 In the one act eplay Single Happy Moment, Doug and girlfriend Priscilla are on the run hiding out in a cheap motel before boarding a ship that same morning to France.  Will they make it out to sea alive?  1 Woman, 1 Man.  Drama/Romance/Crime.