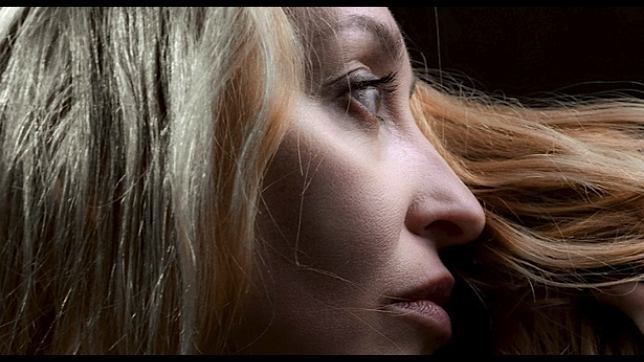 In Hotel Lobby, Carlotta meets Davide for the first time but realizes what she had planned is not what will truly meet her needs.

CARLOTTA: When I first arrived here I told myself that what I was doing was the right thing, that what I wanted was relief from all the years of pain that has built up, that I was entitled, allowed to be intimate with someone else because of it all…it’s not that the thought hasn’t crossed my mind, but I had always kept my marriage first, I always lived by my own deep set of values…but, a few drinks in, and after much justification, I was ready to relinquish my ideals. However, becoming acquainted with you Davide has made me feel that I don’t need to sacrifice my own moral ground…sure, it would be something to have you in that way, something that perhaps we would both never forget, but I know that over time my actions will eat at me and who will I hire next to solve that problem? I won’t bring myself down and make myself feel like less of a woman…I’ve given myself the permission to go this far with you and that is enough, that’s as far as it will go. 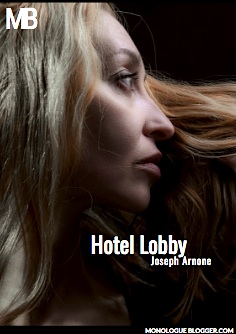 In the one act eplay Hotel Lobby, Carlotta meets with Davide, a much younger and charming hired escort for the night, but after their meeting, her original intentions become altered.  1 Woman, 1 Man.  Drama.