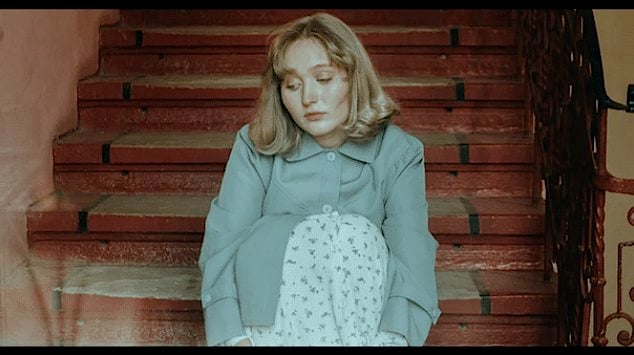 In Gleam of Dawn, Annie reveals to her ex-boyfriend James the life-changing experience she refuses to accept with married life.

ANNIE:  I can’t take another day with him. I thought perhaps I would see him in a different light, that everything he promised would — but it was all so cold, as if it were only his duty, no warmth, no affection, just business as usual, as if all we were to each other was some well thought out business arrangement with all the rules mapped out for the both of us ahead of time. Yes, yes…I will admit that at first it felt great. Things were orderly, we were somehow structured and put together, the complete antitheses to what we were when we were alone and it felt right, it felt…riskless. I knew what to expect, there were never any surprises with him and I appreciated him but then, what was so well managed became ordinary, boring, stifling. It began to feel like a prison, like I’ve been held captive, like my soul had been borrowed. I voiced my feelings to him and it was as if he’d been found out, guilty, he ranted and raved and again his violence, the ugliness I tried so hard not to see, was there, open in the gleam of dawn. That’s when I knew…I was a show piece, some form of hired help to aid the false vision of what he believes his life should be. I can’t ever go back there James; see I walked down the road, I made a turn and I’m here, he will never see me again. 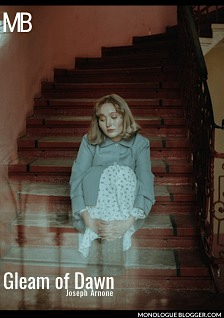 In the one act eplay Gleam of Dawn, Annie visits her ex-boyfriend who also happens to be her husband’s brother in order to find out if there was ever real love between them.  1 Woman, 1 Male.  Drama.