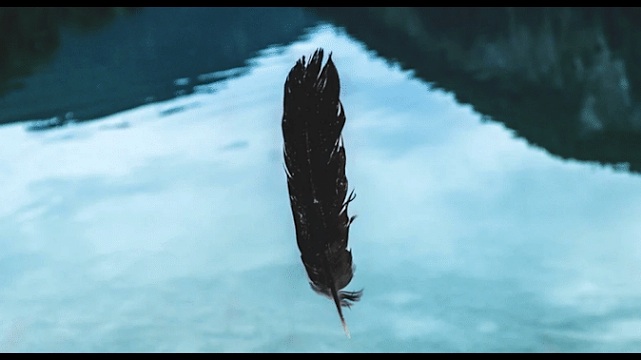 In Sacred Land, Mr. Craggsdale visits Victor while badly wounded, in order to tell him of the horror he had witnessed.

MR. CRAGGSDALE: I was there early this very morning. I saw the entire event unfold before my own two eyes. I narrowly escaped with my life. I still don’t believe it, but I have the wound to prove it.

(MR. CRAGGSDALE stands up and takes off his jacket. Blood is revealed seeping through his
long white sleeve shirt.)

VICTOR (concerned): Now, now…have you been to a doctor?

MR. CRAGGSDALE: I have, I have, three times! Each time I returned home my wound completely opened itself up again, as if on its own accord. It won’t remain closed. No matter how much stitching Doctor Baum performed. Do you understand? It bleeds. It bleeds! I’ve decided to come straight here from Doctor Baum’s to tell you something’s got hold of me and won’t let me go. I was there, Mr. Easty! I saw them come out from the ground’s surface. Fully formed beings made of dirt and rotting flesh. Giant men with long white hair and black glowing eyes. It was as if they held me captive from their stare alone, but I broke free of it and ran, not before one of them raised their claws and sliced my arm wide open, but I kept running and running and that was when I heard a symphony of the most horrific screams…I turned round to look and saw grown men being lifted up by these monsters and having their faces eaten as they screamed, one by one, each man tossed aside as a lifeless object, before the process was repeated. 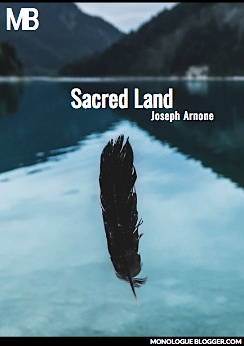 In the one-act eplay Sacred Land, Victor Dwight Easty is visited by his project builder Mr. Craggsdale at his home. Mr. Craggsdale reveals a blood soaked wound and horrifying story that results in a surprise ending.  Thriller.  Horror.  Drama.  3 Men.