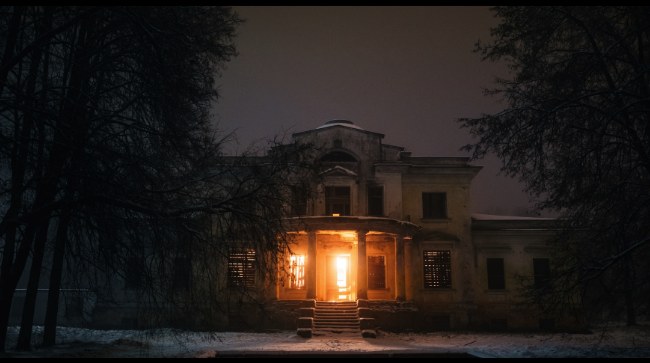 In Agatha’s Letter, Milo talks to his lover Georgette about how he received a letter on the one year anniversary of his wife’s death.

MILO:   From Agatha. It was delivered yesterday morning…the courier was paid to wait one full year after her death to hand this to me…one full year to the day she..jumped off that Godforsaken bridge facing this house. In it…oh, in it, in it…she goes on to say things that will forever haunt me for the rest of my living days. Accusations made, without me ever having the chance to defend myself, as if the case had already been closed in her mind, settled. Do you believe that she imagined us being together, she claims to have sensed our bond before it even transpired. I’ve been wanting to crumble this letter and toss it in the fire but it refuses to leave my hand, I cannot find the courage to let her go…it’s as if her spirit has entered this room once and for all…she’s all around me now, laughing me into madness. (beat) We were innocent. You and I. Two innocent friends, nothing more, with a fondness for literature. There is nothing wrong with having a friendship…was there another kind of bond between us? Sure, I think there was but, I never would have, we never would have acted on any random impulses, not with Agatha in my life, not while she was ill…no…never. But she, she states in her own writing that what she believed, had led her to her disastrous end. Without a word of any of this to me!!! She kept it inside…all the wrong thoughts, all the wrong feelings… 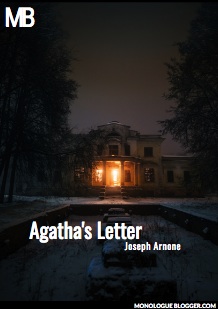 In the one act eplay Agatha’s Letter, Milo is confronted with a letter delivered to him from a courier one year after his wife’s suicide.  1 Woman, 1 Man.  Period Drama.