In The Monster, Byra is walking out on roommate and childhood friend Ramsey, after he tried to force himself on her while under substance intoxication.

BYRA: I don’t even know who the real you is anymore. Ever since we moved in this place together and I got a closer look into who you are, I never knew you were so caught up with the habit and at first I thought it was some growing up phase type sh’t but after such a long time, you’ve only gotten worse and I have spoken to you about it on more than one occasion and look where it led us.

Last night, you were a monster. I had to fight you off of me. I kept screaming in your ear and the louder I screamed the more intense you became, like you were possessed…you were so strong…the way you pressed yourself against me and muffled my mouth with your hand, it was, it was like I was living in a horror movie.

I am so frightened of you. I keep expecting you to flip again, to turn into that beast and if I didn’t bash my computer hard drive across your head, I can’t even…I have no idea what you would have done to me and how far things would have gone and that is something I never wish to experience ever again for the rest of my life.

Right now, you are an animal in my eyes and I can’t erase the monster you became from my mind. I can’t. I won’t. 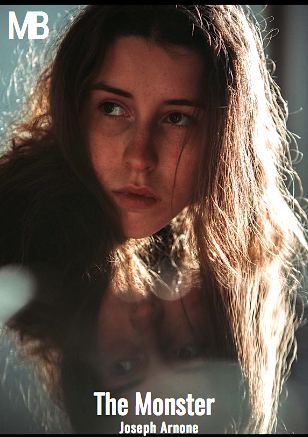 In this one-act ePlay, things get really ugly between childhood best friends BYRA and RAMSEY when Ramsey comes home high on substance abuse and tries to force himself on Byra, who fights him off.  The play takes place the very same morning after the overnight winter storm when Byra is waiting for her cab to arrive and can finally leave.