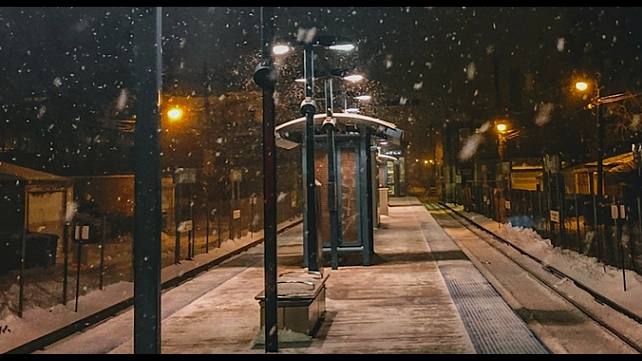 In The Toy Train, Bill meets an elf named Kate on an outdoor subway station platform during Christmas, for a very special reason.

BILL:  My ex-wife…she’s, she’s the one who raised him…we divorced a few years ago. He’s almost five, ya know? Five years old…but he’s in the hospital, he has cancer…and this could be his last Christmas. I’ve been a lousy dad…never did much for anyone else unless it was for my own, you know, unless I was getting somethin’ out of it. I’ve, I’ve been angry. Ever since my ex-wife left me, Tula’s her name, well ever since Tula left, I’ve been in a whirlwind, spirallin’ out of control and oh hell, who cares ’bout me. Christian is the sweetest, kindest little boy you’ve ever…I didn’t know such a good kid was capable of having my DNA. It’s outrageous. Gets it all from his mother most probably, hopefully. But this gift, this is a toy train but it ain’t just any toy train, apparently it has some magic in it and I’m goin’ to do one good thing for my son before he…at least one good thing for him…say, do you really know Santa? And if you know Santa—cause my kid believes in him so much, is, well you think, I’m not sure exactly how to ask ya, or the best way how to ask ya but…is there anything Santa can do to save my boy? Maybe he can give me the illness instead and let my son live? Do you think you could put a good word in for me…? 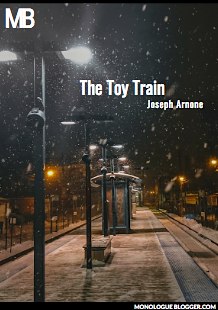 In the one act eplay The Toy Train, Bill is on his way to deliver a magical toy train to his son on Christmas.  While waiting on an outdoor train platform, he meets an elf named Kate who makes him consider believing in the power of making a wish to Santa.  1 Woman, 1 Man.  Fantasy/Drama.