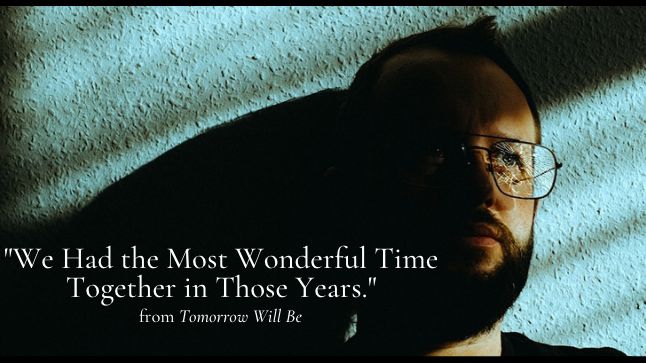 In this drama scene from one act play, ‘Tomorrow Will Be’ Edward tries to carefully remind his mother that his father died the year before.

MOTHER: Did you already know his ulcer was upsetting him?

EDWARD: Mother…Father has passed away.

MOTHER: Look at how you speak to me! You ought to learn some manners, that is your Father! Your Father is alive and well. More alive than you’ll ever be.

MOTHER: What did you just say?

MOTHER: Don’t, look at yourself…don’t, don’t tell..me that…he’s…he’s upstairs..he was complaining to me about his ulcer..he just told me that he forgot to take his medication again and he’s flaring up..he’s just upstairs!

Mother raises up from her chair.

EDWARD: No! Mother, mother please, Father isn’t upstairs..he’s no longer with us.

MOTHER: I don’t believe you!

EDWARD: Please, please listen to me.

MABEL: Let’s have dinner and afterwards we can listen to the radio.

MABEL: Yes, you know you love listening to the radio.

MOTHER: Why don’t either of you believe me? You’re both trying to do your best to take me away from him, aren’t you?

EDWARD: Why would we ever want to do such a thing?

MOTHER: He’s here! Why, only yesterday we were both sitting right over there. Holding hands, talking about when you were first born Edward – and how I had to make sure my hair was perfect before giving birth. (to Mabel.) I had this thing about my hair and make-up. If I looked beautiful, I was certain my baby would come out beautiful, too. Ha! We reminisced and laughed and we had the most wonderful time together in those years, oh you couldn’t imagine the times we had. Why is that so hard to believe?

EDWARD: Because we buried him.

EDWARD: I’m not being silly.

MOTHER: You are, you are being quite silly.

EDWARD: You don’t recall his coffin, taking him to mass, the priest, burying him at the cemetery?

MOTHER: I’m not a crazy person.

EDWARD: Then why are you pretending that father is still alive?

Forgive me for shouting. I, I’m terribly sor –

Edward gets up from the table and leaves the room. 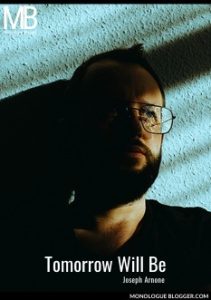 In the one act eplay, ‘Tomorrow Will Be’, Edward and his wife Mabel wait for Edward’s mother to come downstairs and join them for dinner.  When Edward’s mother eventually does, she claims to have been spending quality time with her dead husband Troy.  After some debate as to whether or not Edward’s father is dead, something eerie happens that may or may not prove Edward’s mother right.  2 Women, 1 Man.  Drama.