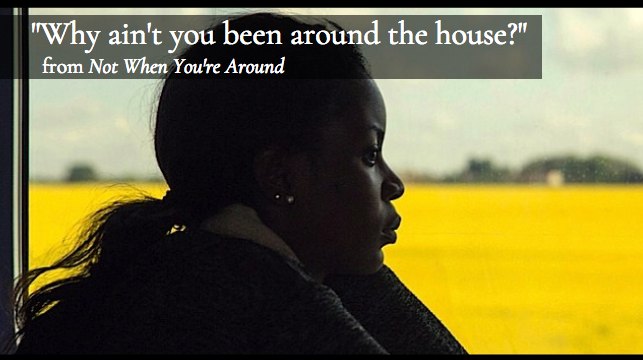 Ada and her father have a disgruntled relationship and in this scene they may reach a bonding point from 1 act eplay, Not When You’re Around.

ADA steps out of the cabin.

BARNEY: Why ain’t you been around the house?

ADA: (pointing to the cabin) This is my house now.

BARNEY: It’s on my property. That make it mine.

ADA: You want me to pay you for it? That why you can come down the hill?

BARNEY: You could show some appreciation.

ADA: Expect me to jump up and down, praising you like you’re some kind of God.

BARNEY: Don’t talk to me that way.

BARNEY: I can throw you out.

BARNEY: You keep driving me to it.

ADA: I ain’t botherin’ you.

BARNEY: Even when you’re not around you bother me.

ADA: How’s that even possible?

BARNEY: Cause I worry ’bout you.

ADA: Yeah right you do. Only thing you worry about is how many beers you got left in the fridge. Ha!

BARNEY: I do worry, about things women will never understand.

ADA: Women! You gonna start on that male chauvinism?

BARNEY: The problem with this world today. You say one thing, anything, they gut you like a pig.

ADA: Learn to evolve your way of thinking. The world’s changin’ for the better. You wanna stay left behind.

BARNEY: I don’t understand this world no more.

ADA: Stay in your house and don’t come out. That’s about the only guarantee you’ll have to stay out of trouble.

BARNEY: I never get into trouble.

ADA: (sarcastic) No, not you, not never. 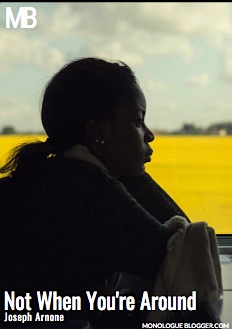 In the one act eplay Not When You’re Around,  Ada and her father Barney talk out their problems with the hope of making things better.  When things seems to fail between them, a bit of luck comes their way and they just may have a chance at forming a greater bond.  1 Woman, 1 Man.  Drama.