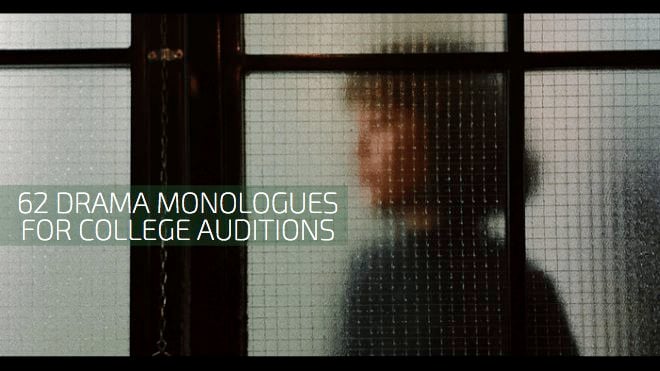 There have been many positive responses from the material shared here.  Take your time thumbing through all of it, until you find the best one for yourself.

DON’T LEAVE ME WITHOUT MUFFIN
Ginger is escaping the madhouse she lives in once and for all but not without a final showdown with her mother in the middle of the night.

HOLDING ON TO TIME
Patricia has always felt neglected by her father although she knows he loves her and since her mother died, she is hoping they can form a better bond, which proves to be difficult.

TREAT ME NICE
Corinne and her mother never get along but for some reason Corinne doesn’t give up trying.

THEM CANDLES
Kendra suffers from a lung disease that prevents her from living the full life she persistently dreams of.

WAITING IN THE WINGS
Wendy is badly shook after she killed her boss after he tried forcing himself on her.

GONE TOO SOON
Tarva wishes for her seemingly hopeless father to snap out of his self-induced coma of depression without making her take care of him.

MOMMA, I’M NO FOOL
Daphne comes from a broken home and her mother is addicted to drugs.  Through it all she has located her real father and explains to her mother that she is on her way to meet him.

CHERRY BLOSSOM
Dierdre is all too aware of the crude reality given to her from the man she mistakenly fell in love with.

NATURAL HABITAT
Cherry gives her boyfriend the boot after his negative influence on her only son.

TO THE WOLVES
Sally is under the gun for all the living expenses and student debt she struggles to dig herself out from.

NO COMPARISON
Cordelia has kept her real feelings about women to herself and this has led her to feel isolated inside her own skin.

LOST AND FOUND
Kimmie is suffering an identity crises over having the courage to live life on her own terms, inspired by her recently deceased friend Tommy.

SLIVER OF SINCERITY
Lenora puts her sister right when she finally lets her know how inconsiderate and self-absorbed she truly is.

THINKING OF SOMEONE ELSE
Toya is between a rock and a hard place because the woman she’s in love with isn’t as physically appealing to her as she once was.

COVERING DISTANCE
Judy is a full time professional street hustler who travels by cargo train and survives by her wit and charm. 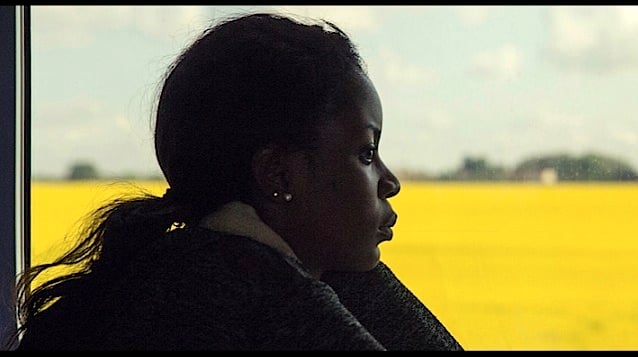 NOT WHEN YOU’RE AROUND
Ada has never felt accepted for who she is by her father and after he crosses the line she lets him know it.

BEAUTIFUL DAY
Linda is caught up in only thinking her outward appearance matters most, but when she meets a random stranger in a park, her private view of herself begins to shift.

FEVER DREAM
Reggie talks to a bartender about how she can’t seem to work up the nerve to visit her ailing father.

LAST-DITCH EFFORT
Cindy is at her father’s wake bitter and angry from his loss and she express her emotions to her brother.

TO THE LAKE
Barb tells the story about how she firmly believes she was definitely a crocodile in her past life.

JEF
Landia’s boyfriend died and to find solace and hope she replaces him with his identical humanoid but it’s just not the same and guilt sets in.

WALKING SHADOWS
Felicia desires to kidnap a child she can be the mother of since she can’t have children of her own.

LAST DAY OF JUNE
June confides in her neighbor that she attempted to kill herself but isn’t sure if what remains is only her ghost.

WE WILL TAKE GOOD CARE OF YOU
Mrs. Birchwood wants one of her workers to sign a contract that will protect her company from what was witnessed.

CHOICE IN THE MATTER
After Patricia mistakenly exposed something she was supposed to keep secret, her friendship is in jeopardy.

DISTANT MEMORY
Deep into a pandemic Jessica has reached her breaking point mentally, emotionally and physically.

GRAIN OF SAND
Sasha visits a guy who has been giving her brother nothing but trouble and keep in mind that her approach is extremely unorthodox.

ACHE AND MOAN
Kendra is a hustler who talks to her recruit about getting tough and knowing what you want out of life.

COFFEE TABLE
Melanie’s life now exits inside an asylum where her daily treatments confuse her into not knowing where reality begins or ends.

BETTER VERSION OF JENNY
Jenny has been living her life on the edge and is desperately trying to come to terms with a new self.

SHADOWS OF MY MIND
Naomi suffers from depression and her last hope is getting advice from her most trusted aunt. 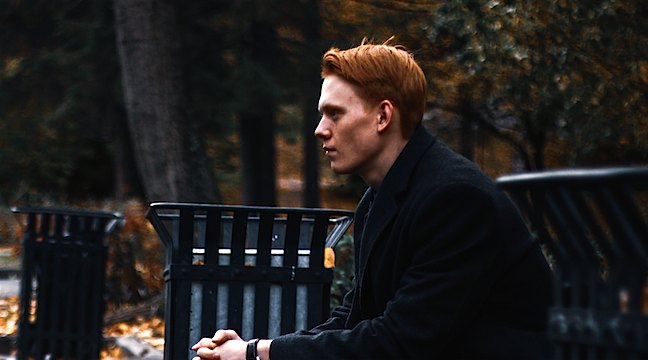 CHECKING IN
After being abandoned by his father as a child and promising his mother to locate him while on her deathbed, Rob finds his dad and releases everything he feels for so many years.

FACING THE SUN
Tom musters up all his inner strength to keep his fellow soldier alive long enough for their rescue chopper to save them.

DEAD MEMORY
Bruce is back and fresh out of prison paying an old friend that killed his girlfriend a visit.

DARK PLACE
After a horrific altercation on set in a theatre, Jeffrey has a new home in an asylum where he gets treated for his mental illness.

AGATHA’S LETTER
Milo receives a letter from his wife one exact year to the day she died.

MORE WAYS THAN ONE
Porterfield has always come off being troubled and he does his best trying to explain how it makes him feel.

KILLING YOU
A serial killer has captured his latest prey and has fun toying with them while they remain tied up in an undisclosed location.

EVEN THE COLOR BLUE
Johan deeply desires to come out to his father but his need gets stifled when his mother lets him know that his father is dying.

A REASONABLE PLAN
Shabe is caught in a life or death game with the wrong set of people.

NAKED TO THE EYE
Antoine has no other choice but to humble himself and beg his landlord for an extension.

BEFORE THE NIGHT BLOWS COLD
Billy is in a ton of trouble and asks the girl he’s been seeing to hide him until he can get his life in order.

THE CIRCLES UNDER OUR EYES
Bordy is a struggling artist who once again asks his mother for money.

BIG TIME – Maddock leans in to his boxing manager for not helping him rise to the top of his profession.

STRING OF FALSE STARTS
Henry goes off on a tangent at his brother Harry for acting like a lazy ass all his life.

WALTER’S STUDY
Franklin stands up to his father in order to break their lousy friendship with the hope of having a stronger bond as father and son. 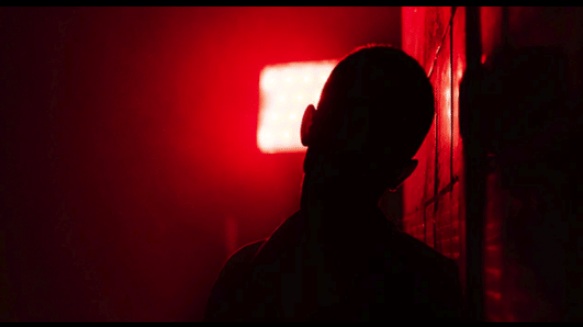 A SHADE OR TWO DARKER
Lion is darker skinned than his parents and this has caused much unspoken anguish, until now.

WASTED TALENT
Donnie talks about the talented friend he lost due to suicide.

BEFORE THE LIGHT WENT OUT
Samuel talks to his sister about why he couldn’t be in the room while their mother passed on.

WAKING HOURS
Willis is completely bent out of shape after witnessing two birds who meet their death by flying into a high rise building window.

ROAST BEEF MEANS EVERYTHING’S GRAVY
Jerzy goes off on his dad about how lousy he runs the family motel business.

AT THE PARTY
Tom tells his wife how he finally managed to get even with a family member he simply can’t stand.

RAY RAY’S STORYBOOK
Marlo is caught between wanting to kick his cousins ass and feeling sorry for him.

TERRIBLE ANALOGY
Jeffrey explains how hard he works trying to be a farmer despite having a wife who constantly smother’s him.

WOLF IN SHEEP’S CLOTHING
Jack does his best to give his boss confidence when she needs it most, especially because she played a major life-changing role in his own life.

SACRED LAND
Mr. Craggsdale tries to convince Victor that the land they are building on his haunted and needs to be stopped before it’s too late.

ISOLATED ROMANCE
A young and successful writer doesn’t know who to trust anymore, is getting an inflated ego and thinks his latest writing sucks.

THERE WAS A TIME
Chuckie lost all his life savings again because he keeps taking shortcuts that don’t lead anywhere.

FRESH COAT OF PAINT
Brewster feels betrayed by his brother for doing a business deal without him.

SHOW ON THE ROAD
Coby tries to talk some sense into his brother before his life’s path leads him to nothing but turmoil and carnage.

ONCE IN A RIVER BLUE
Willy Boy is fast falling in love with Solume but wants to clear the record about who he truly is before someone tells her about his negative reputation.