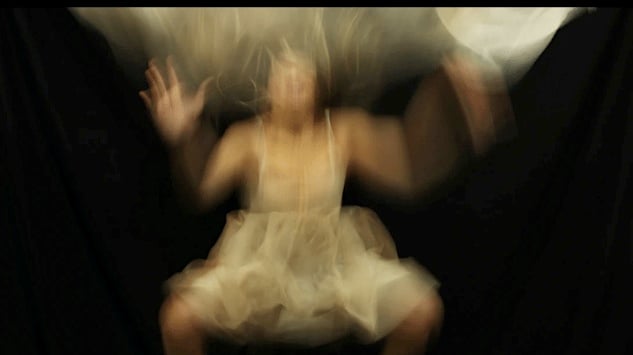 In To The Lake, Barb talks to Sam about how she vividly remembers being a crocodile and how he shouldn’t doubt her when she tells him its fact.

BARB: I was a crocodile in my past life. I am so sure of it. Always have these thoughts, past memories from living under water and on land. Always remember the coolness from under my belly, the rocks, the mud, the grass..everything I touched, really. Had this dream last night that proved it. This dream of mine was so vivid, that it just had to be true. How else would I know?? I was a crocodile! I recall two incidents that are hard to ever forget. One where I ate a man’s arm and another when I got caught in a net, and I was rolling around inside this net, but it would only get tighter and tighter…it was strangling me to death, I was so restricted…I tried to roll in the opposite direction, but it seemed that no matter what I did, the net would dig deeper and deeper into my skin…felt like I was being crushed unto myself…maybe that’s how I died. I think it was, now that I think of it. Had to be, how I died. Whenever it frames my mind I feel this pressure on my chest, it’s so, heavy, this heaviness, this restriction! (beat) I was big. I was bad. I had tremendous power…until I was taken. Many years left in me before they took me, many…probably became some woman’s handbag or cute leather jacket. Did you know that when I cross paths with some form of crock leather…I feel sad? Did you know that about me?

In the one-act eplay, To The Lake, a couple living a routine life tries to find the courage to go to their local lake as a first step to changing their lives.  1 Woman, 1 Man.  Drama.