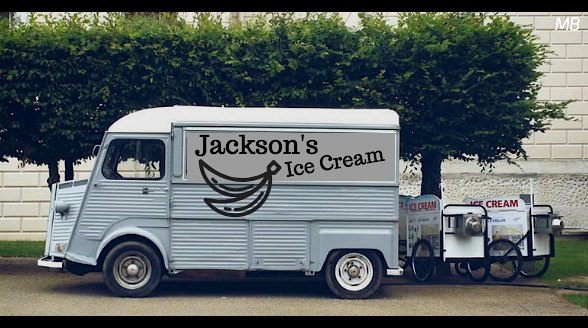 Two brothers, one ice cream truck, absolute torture for both.  Jackson battles coping with his brother Willy Boy.  Willy Boy just wants to be himself.

Jackson: Why do you have to be rude all the time?

Willy Boy: It’s who I am, I’m not gonna be a phony like everybody else.

Jackson: It has nothing to do with being a phony, not everybody who comes into contact with you is going to be a phony.

Willy Boy: I’m not backing down.

Jackson: What the hell are you talking about…not backing down? From who? From what?

Willy Boy: Oh man, you don’t understand anything…I’m talking about me, I’m not selling out, I’m not backing down.

Willy Boy: Yeah, man. I’m not ever gonna act other than the way I feel.

Jackson: So, your attitude, this nastiness is all about being you?

Willy Boy: When someone bothers me, why should I not tell them they are bothering me?

Willy Boy: That’s why I tell them, so they know.

Willy Boy: Then I still tell them, so they learn.

Jackson: But they weren’t trying to upset you.

Willy Boy: But they did.

Jackson: Why can’t you tell someone NICELY that they are bothering you? Why do you have to be so rude?

Willy Boy: Because that’s my nature. That’s who I am, that’s who I’ve always been a rude a**hole. I know it and you know it. I can’t change that, it’s in my DNA.

Jackson: So, you are happy going through life being the way that you are? Doesn’t matter how many people you come into contact with, this is it, this is you, this is how you will always be, take it or leave it?

Jackson: You are, a great giant of a moron and you can stick it where the sun don’t shine if that bothers you. You know what?  Someone’s gonna come at you one of these days and give you a beating, what you gonna do then?

Willy Boy: I’ll take it as it comes. Won’t be the first time.

Jackson: Oh, so getting your ass kicked doesn’t bother you?

Willy Boy: Nah, cause the person who is kicking my ass is doing it because they are defending their own honor and I respect that.

Willy Boy:  He will grow up one day and have his chance, if not with me, maybe somebody else.

Jackson:  You didn’t need to be rude to that kid.  You’re here to help me serve banana splits.  One of the most important job requirements is to be nice to customers.  It’s rudimentary, especially for kids.  That boy will never ask for a banana split ever again.  You ruined it for him.

Willy Boy:  He was a little creep.

Willy Boy:  It was his third banana split!

Willy Boy:  Did you take a good look at him?  Ice cream all over his lips, his shirt, his teeth, his fingers.  He barely finished eating the second one, when I saw him getting in line for his third order.  I don’t want to be around when the kid collapses and the paramedics show up.

Willy Boy:  That kid’s a disgrace.  Somebody had to tell him, he keeps eating like that—

Jackson:  I don’t want to hear no more.

Willy Boy:  I was only giving him a heads up.

Jackson:  Yeah well now we’re down a good paying customer and I pray to God his parents don’t file a complaint.

Willy Boy:  Who cares?  You own an ice cream truck business, we can go anywhere.

Jackson:  You know something?  I hope the boy’s father comes back here.  I hope he’s a monster of a man and I hope he pummels you and sits on you.

What are you doing?!

Willy Boy:  What does it look like I’m doing?

Jackson:  I told you no smoking in the truck!  Get out of here.  Go!  Go take a lap around the park.

Willy Boy:  What am I a dog now?  Am I your disobedient dog?

Jackson:  I’m gonna kick you right in your face, Willy.

Willy Boy:  You can’t even bend down to tie your own shoes.

Willy Boy:  Alright, alright, take it easy, take—it–easy.  You get so worked up, gonna give yourself a heart attack one of these days.