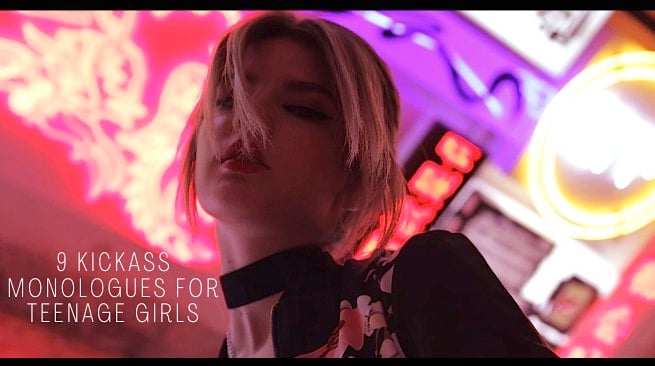 ATTENTION
Michelle is disgusted with how her sister continually tries to create problems in the family.

VOICES IN THE TRESS
Marina suffers from a mental illness which her brother doesn’t understand and consistently pokes fun of.

THE NEXT CHAPTER
Emily left her town for her big dreams out in California, only to go through a horrific experience.

MIDSUMMER NIGHT
Chanade suffers from depression and has been contemplating suicide.

ROGER USED TO BE WILLY
Rosanna is a runaway who has been captured by the man her father hired to find her.  The two strangers embark on a long horse ride back across America.  This is a period drama.

DON’T LEAVE ME WITHOUT MUFFIN
Ginger is on her way to leave home but gets stopped when her mother catches her.

SOFT SONG
Tina is a young and talented upcoming pop star who needs to decide between recording her album under contract or visiting her Grandmother for what could be the very last time.

TYPICAL TEEN
Shadira has a gift on the ice as a figure skater but gets no show of support from her family.

VENOMOUS IMPULSE
Reloya and her father have a terrible argument leaving Reloya kicked out of her home for good.