In the monologue from Ray Ray’s Storybook, Marlo complains to his girlfriend about how his cousin Ray Ray has caused another issue at their local pub.

MARLO: I told him, I said, “Ray Ray, I don’t mind if we hang out, but don’t start losing your head cause I’m not in the mood.” And what does he do? After two drinks he’s barking at the bartender, giving demands like he owns the place and I know Phil since I was a kid, he’s a good guy and we’re good friends and Philly looks at me totally confused cause if Ray Ray wasn’t my cousin, he’d probably give ’em a beating he’d never wake up from, alright?

JANICE: But you’re not explaining what he did?

MARLO: I’m telling ya, I’m telling ya that he was getting all up in Philly’s face, like, you know that tone he takes like he’s the Prince of Denmark or some sh’t and I can’t stand it when he does that cause he always makes me look like an a-hole in front of my friends or whoever I’m around. He’s got no self-control.

Alright, so, he starts acting up and Philly gives me a look and I tell Ray Ray to calm down and stop acting up and he tells me that Philly keeps giving him dirty looks. So, right off the bat I tell Ray Ray that we should go but then he pleads with me that he’ll be on good behavior and straighten up, won’t cause trouble and all that sh’t, so I said okay and on we go with the night.

‘Bout another drink later he goes off to the toilets and he’s gone for like a good fifteen minutes or so, so I go and check on him, make sure he’s alright but he wasn’t alright…Ray Ray is sprawled out on the bathroom floor completely knocked out. Got an egg on his head the size of like your heel on your foot, ain’t never seen a knot like this in my life.

I pick him up and lean him up against the radiator but I didn’t realize the radiator was full on and it was sizzling his ass cheeks the whole time I had him sitting on it, but at some point he springs up and starts screaming like a siren and I had no idea his ass was getting grilled and he pushes me aside in this tremendous rage and bursts out of the bathroom shouting and pointing like a mad man at Philly and I’m trying to hold him back and Philly pulls out a wooden bat and I get in front of Ray Ray and he starts taking swings at random people.

He punches Freddy from the car wash, he punches Rudy from the freakin’ ah, the mechanic shop, he almost punched Susie but missed thank God and he throws a glass full of beer at Philly and Philly is a big guy alright, you know Philly, you know this son of a bitch can eat a man for breakfast and he jumps over the bar with the wooden bat and he’s going for Ray Ray and I don’t blame him one bit but it’s my cousin and I’m not gonna let anybody touch my cousin right or wrong, right?

So, what happens? I try to get in front of Philly but that’s like a fly trying to stand in front of an elephant and in one swipe of his hand I’m already on the floor, I don’t even know how it happened, it was like getting hit by a car, I swear, and so there’s Ray Ray about to get his brains pushed out of his ears and I bum rush Philly and jump on his back and put him in a choke hold and let me tell you right now, it was like trying to put a choke hold on a freakin’ bull, alright?

So, now me and Philly the tornado are spinning around in circles and I swear it was like trying to pin down a lion, he wouldn’t go down, so I started biting his head, I must have punctured about thirty holes in his skull with my fangs but he wouldn’t stop and I didn’t even wanna fight this bastard but it’s my cousin and Ray Ray is standing on top of the bar laughing his head off while I’m punching holes in Philly’s head and Philly just won’t stop.

By now I’m exhausted and out of nowhere Ray Ray jumps off the bar counter, feet flying through the air and straight into Philly’s face. Done. Out for the count. Both of them, knocked out from the impact and jackass Ray Ray is stuck beneath Philly.

After I finally pull Philly off of Ray Ray, we made our way out of the joint but then I got into it with Ray Ray and we started goin’ at it in the parking lot and I ended up putting his ass in the trunk. He’s in the trunk right now as we speak. 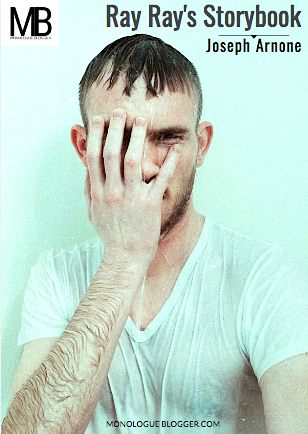 In this one-act ePlay, Ray Ray has caused another ruckus at a local bar and once again creates turmoil for his cousin Marlo, who has come to his defense.