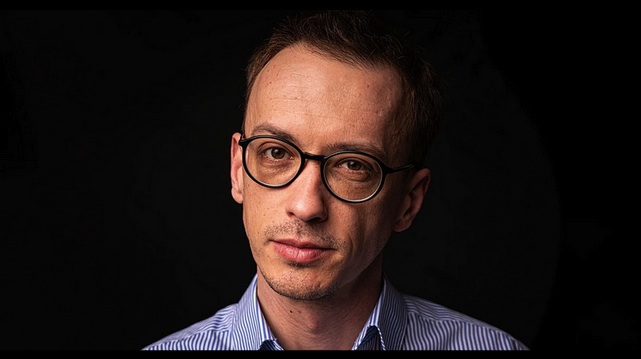 In What’s So Wrong About Melvin?, Bernie goes on a rampage about some new guy that’s been invading his social circle of friends.

BERNIE: What’s so wrong about Melvin? That guy is the biggest sleeze you’ll ever meet. He is so charming and endearing, the kind of person you feel good having around. He’s got great humor, dresses well, well-spoken, intelligent, but it’s all an act. He is one giant lie of a persona. Everything about who you think he is, is entirely made up. He plays a character. His true self is nothing of the sort. He’s a conniving, sneaky, money hungry predator that prays on innocent minded people, decent people, just like our friends Burt and Rita. Thousands! He took them for thousands and he’s GONE, vanished like a puff of smoke..but, he’ll return. As we speak he’s enjoying his feast, but he’ll be back.

I’m thankful I had sense enough not to trust him. Something about his cologne. You know when a person smells too good? He was too polished for my taste. Not a hair out of place, not a word ever misspoken. Controlled. Together. Calculating. Too perfect and that was the red flag, the fact that he seemed too good to be true. When he approached me about this investment scheme I knew right from the start it was bust. This guy was so full of himself, his eyes, you ever seen such eyes? All I saw was GOLD, his deep desire for money, money, money. No wife. No kids. Drives a Ferrari even. Either borrowed or rented, I’ll tell ya. An entrepreneur that suddenly starts appearing at all our events and parties like we know the same people and WHO THE HELL IS HE?! These are people we’ve known for years and he’s busy robbing them all blind. 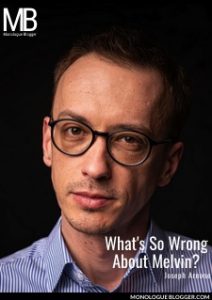 In the one act eplay, ‘What’s So Wrong About Melvin?” Bernie talks to his wife about his concerns over a new guy he’s been seeing attend all of his friend’s parties.  Bernie believes that this new guy named Melvin is up to know good and trying to swindle everybody he cares about.  1 Woman, 1 Man.  Comedy/Serio-Comedy.