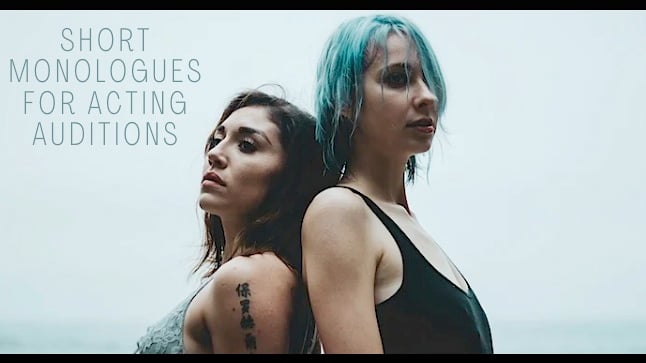 Our Short Monologues for Acting Auditions cut sharp and pack a good punch in a short amount of time, running 20-30-45 seconds for comedy/drama.

SEE ME – female
Alina’s dream is to get into drama school so she feels like she can have an acting career.

CHECKING IN – male
Rob and his mother were abandoned many years ago by Rob’s father and Rob steps up to his dad to find out why.

ATTENTION – female
Michelle wants to have a meeting with her sister to learn why she is always emotionally crazy.

MAPLE ROAD – male
Jim thinks he is gay and doesn’t know how to tell his dad.

ONE-WAY CONVERSATION – female
Bella feels that her life in a stand still because nobody cares about what motivates her.

DARK SIDE OF MY MOON – male
Jobe loves to compete so much so that it may be affecting his mind in a negative way.

AGREE TO DISAGREE – female
Harpa cares about her friend but feels she isn’t always truthful with her.

DARK PLACE – male
Jeffrey went cuckoo and gets a visit from his friend while living in his new home called asylum.