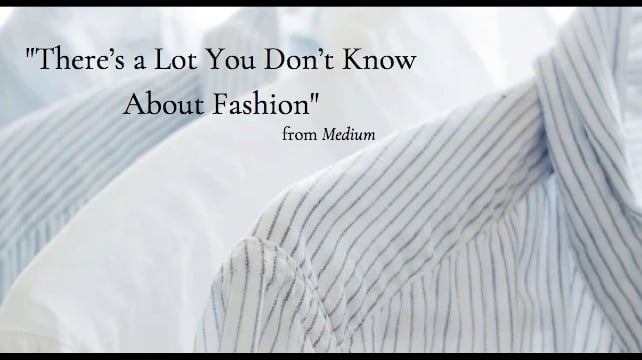 A 2 person comedic scene from the comedy one-act play Medium about a guy who believes he is much taller than he actually is.

JEANINE: There’s a lot you don’t know about fashion.

DEREK: What other colors look good on me?

JEANINE: Blue and I would say green.

DEREK: Where do you get green? Green is an ugly color on me.

JEANINE: Oh! Look at this beautiful blue shirt! This is perfect to go with those jeans I got you.

JEANINE: Come have a look.

DEREK: That’s ugly as all hell.

JEANINE: I love the button style.

DEREK: Nah, that’s gonna annoy me, I can just tell by looking at it. I’ll develop a rash with those buttons rubbing on my neck all day.

JEANINE: You have no fashion sense.

DEREK: It’s ugly. (beat) What about that one?

DEREK: The one with the black stripes going across.

JEANINE: You’re too young for a shirt like that, sorry, but no.

JEANINE: You have no sense of style. Go lay back down.

DEREK: Wait! What about that one?

JEANINE: It’s better, but no. (beat) Ohhhhh, what about THIS one.

JEANINE: Look at this, this one is perfect! I’m getting you this one. I love it.

JEANINE: It’s perfect! When it arrives you will love it.

Derek goes and lays down on the couch.

JEANINE: I’ll get you a small.

JEANINE: I’ll order you a small.

JEANINE: Yes, you are.

DEREK: I am not a small, Jeanine.

JEANINE: But you are, what’s wrong with being a small? 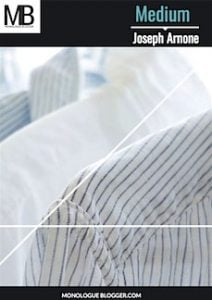 In this one-act eplay, Derek and Jeanine disagree on the correct size clothing Derek should be wearing.