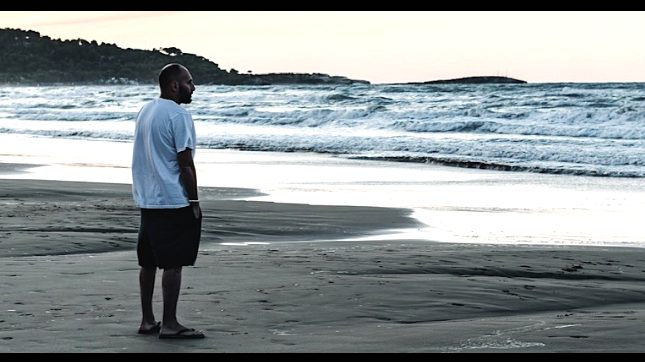 In To Which He Replied, Merv explains to his niece why he believes his neighbor was trying to make him feel inadequate.

MERV:  He planned this, I’m tellin’ you. He wanted this to happen, to make me blow up like this, so he can spread the rumor in this neighborhood. You know why? Cause I’m not like him. I don’t come from the pedigree he was born from and he knows it. But you know what bothers him? I have a house here on the water, right next to his. I’m tellin’ you, that shiny red go-kart is a symbol of his pride, it represents who the king of the block is and he meant what he said about that, he wasn’t jokin’, I could see it in his eyes, he was dead serious just tryna laugh it off like, but he meant it, he meant it. (Beat.) Blowin’ me off, like he’s above me, like the game was so much more important than me. Invite me over then, right? I’m a fan of the same team. He knows that. But I’m not good enough to be in his home, am I? All ’cause of where I come from? Where I come from, he knows nothin’ ’bout! My education is from, from the…ah, I better stop, I better…I’m annoyin’ myself, damn it he made me angry…it’s not just about a go-kart, alright? It’s about him sayin’ that I’m not equal to him. And wantin’ to give me the go-kart after I pleaded enough for it, waited enough for it, begged him for it…so he could make me feel small. That’s right, you’re lookin’ at me like I’m crazy, but what you don’t see, what you don’t see is the truth of how vile a man can be. 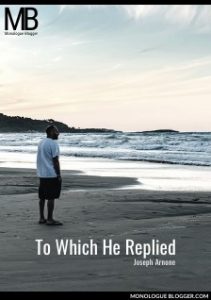 In the one-act eplay, ‘To Which He Replied’, a go-kart acts as a symbol between two neighbors regarding their pride, background and social status.  1 Woman, 2 Men.  Drama/Serio-comedy.