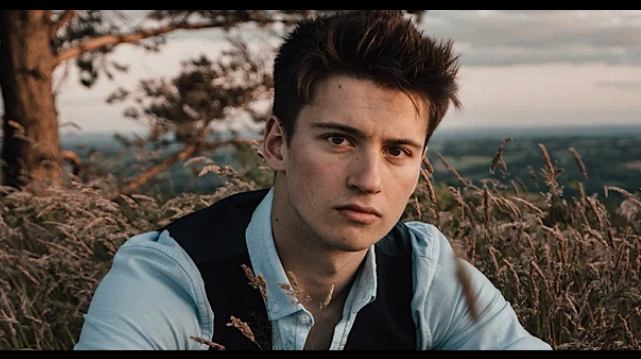 In Tomorrow the Sun Will Shine, Dwight has been drinking and opens up to Mrs. Sapphire about his tumultuous relationship.

DWIGHT:  I’ve growled to defend..long enough. I’ve barked when necessary, but never bitten anyone. I could. I should. But I know that if I clamp down, I’ll never let go. Reason and rationality won’t have a chance. All that will be left is rage. Rage against the philosophies…it’s all there, deranged and leaking its dysfunction over everybody.

Am I supposed to remain idle? Hmm? Act like a well behaved pup? Roll over and play dead? God forbid I use my voice; it isn’t heard. And when I choose the only choice I have left, I am wrong. So wrong. So wrong.

Love makes us travel to the end of the stars, doesn’t it? Love challenges our highest tolerance to pain. But despite knowing all this, it won’t make a difference. People will be who they must be, each of them designed to play out their action in the grand narrative, no one ever having the will power, let alone awareness to change, to care deeply enough to alter their perspective, to alter their darkest desires.

No, instead we cover the truth up with lies and delusion, because that’s where we are safe, that’s where we can continue to pretend that everything’s okay, until it no longer can be and we reach our end. What happens when we face our wrongs? Does such courage exist anymore? In any of us? When we take full accountability? When we admit our wrongs for something as simple as being a better person?

Today, I told Rebecca that our time together has come to a close. There was no resistance, no argument from her…only acceptance. It was as if she already knew. And despite all our misconnections, there remained this final connection. I thought that profound. We shook hands. Don’t ask me why we did something so ridiculous as that but somehow it filled that moment with kindness. We smiled at one another. It was gentle. It was tender and in that moment I was completely in love with her all over again…a rush of love passed through me as if something that had been long dead began working again. I should have kissed her right then and there. I should have given her what I was feeling. She deserves as much but even in that, I failed. I failed…

Perhaps now you may see why I am not hungry Mrs. Sapphire. I’m not sure I will ever eat again. I want to die in this room, in this chair, however long it takes…I want to fade away and be free from this madness. 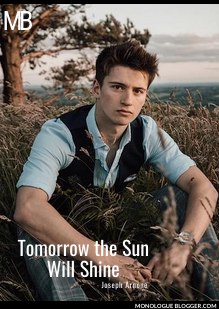 In the one act eplay Tomorrow the Sun Will Shine, Dwight comes home after a breakup with the woman he is in love with and was planning to marry.  He speaks to Mrs. Sapphire, his caretaker, about his circumstances.  1Woman, 1 Man. Drama. Period Drama.