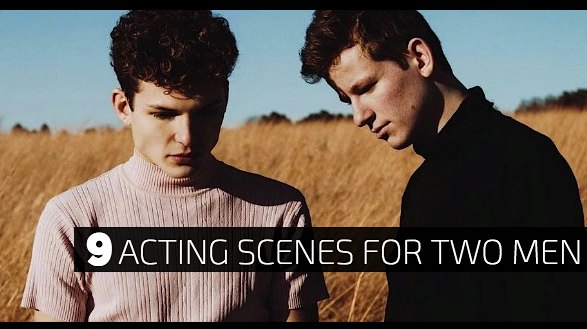 I HAVE AN EGO CAUSE I’VE EARNED MY EGO (from Mr. Bad Mood eplay)
A story between a father and son wherein the father confesses a life altering reality.

HOW DID YOU FIND ME?  (from Checking In eplay)
Robert locates his biological father as a promise to his dead mother after not seeing his father since he was two years old.

WHY SHOULD YOUR OPINION MATTER TO ME? (from Imagined It To Be eplay)
A street hustler and a schoolboy get a chance to see each others point of view on life.

EASY PEASY,RALPH?  (from comedy eplay Grace Period)
Two roommates Burt and Ralphy get testy with one another under the influence of struggling with a new global pandemic.

OUT THERE IN THE WILD, SAFE FROM RESPONSIBILITY (from The Handle of the Blade eplay)
A King whose mind is slowly slipping into delirium and the knight he admits a truth to about having an heir to the throne.

DON’T CALL ME NUTS, YOU KNOW I HATE THAT (from Hurts When It Rains eplay)
Frank is madly in love but his brother Salve cannot allow his relationship to bloom any further because it’s goong to negatively impact the ‘family business’.

I’M WITH YOU SOLDIER (from Facing the Sun eplay)
Three men are trapped on top of a mountain after a battle during a winter storm and they wait for aid to arrive before it’s too late.

I ONCE SEEN A BOXER (from Big Time eplay)
Nico is looking to do something else with his life other than boxing and he turns to his boxing manager for help.

YOU ALWAYS GET HEADACHES WHEN WE TALK PAST A THIRD GRADE LEVEL (from comedy eplay The Last M&M Samurai)
Joe tries to understand his buddy Dan’s philosophy about eating peanuts.