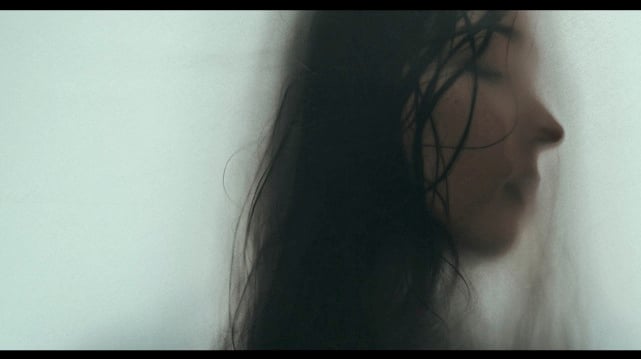 In the one-act play In the Hour of Rain, Alanna faces the judgement of her friend Mia, by defending her behavior from the previous night.

ALANNA: How different we are. You and me. There is a difference. We’re different. (Mia looks away from her.) You know what I’m talking about…there’s things I’ve got to get a handle on but how exactly would you understand all of that? You’re young Mia. You had it all mapped out. You went to private school, your parents supported you, you had a brother who loved you and a father who looked out for you, you never once knew what it felt like to watch your own mother dying. I’m not, not sayin’ you’ve had it easy, I know you haven’t had it easy, no one does! We all have our fair share of troubles and I’m not makin’ excuses for myself but I ain’t out here blamin’ anyone either! (Mia sits back on the edge of the bed, her head in her hands.)

Alright, I drink to get away from it all, the memories. Free myself from them…don’t have the kind of memories you have as a kid Mia. Don’t have the happy-go-lucky family gatherings on a Sunday! I don’t f’n remember one good thing ’bout any of it. The only good part of it all was when it ended, when it started to get better. When my mother healed, when my brother reached some kind of normalcy, when I managed to leave, but the trauma was done. And there’s no escaping that! (Mia heads out to leave.) No – God forbid I’m not the perfect person that you can look up to, like all those new people you met that you can’t stop comparing me with! I knew what you meant by what you said last night, in front of everyone, it hurt me but I let it go. I’ve just not had…I haven’t had…these things just don’t go away that easily. When the drink hits, my mind’s in a place it shouldn’t be but then I don’t know what I would’ve done without it, it’s also what’s saved me.

I don’t owe you anythin’ Mia but I’m tellin’ you why I slip up! I fk’d up alright, at least I’m tryin’. But I want you to leave. Go. Get there sooner than later. But know this, one day you’re gonna f’k up and it’ll hit you like a train, you’ll think of me and you’ll know just what it feels like to feel dead. You’ll know that feeling when your face hits the mud and you’re worthless. Just hope you’ll have someone near you though. Someone that’ll be there for you, someone who’ll say it’ll be alright. 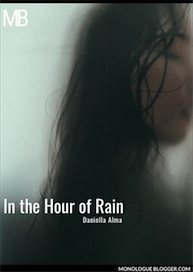 The one-act play, In The Hour of Rain, takes place in a New York apartment between two friends, Alanna and Mia, exploring guilt, shame and a haunting past.  2 Women.  Drama.