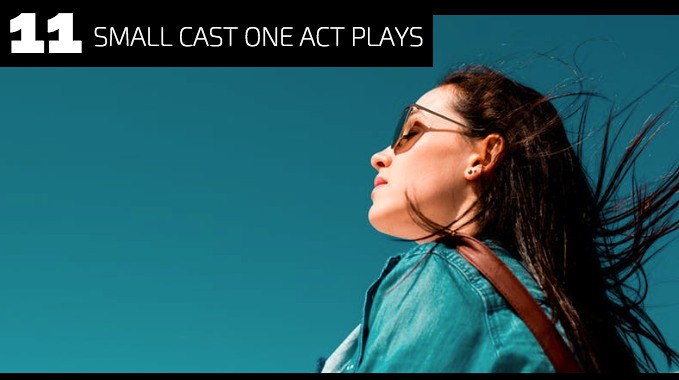 11 Small Cast One Act Plays (comedy/drama) for acting practice.  These scripted scenes require minimal location and a small cast size of 2-5 players.  The time duration runs 5-10-15 minutes in length depending on adaptation.

HULLABALOO
Maggie doesn’t know what to do with her rebellious son and talks to her close neighbor Dun.

LAND OF THE FORGOTTEN
George meets a stranger named Kim at a park and shares his struggle over not seeing his daughter in over ten years.

STAY THE NIGHT
Wilkin is a private man who hires an escort who tries to discover who he is.

TREAT ME NICE
Corinne and her mother simply son’t like one another but due to a situation, they may be forced to become friends.

BETTER VERSION OF JENNY
Jenny desires to change from her partying life but doesn’t think she has the inner strength to make it happen.

NEGATIVE ENERGY
Rose gets asked for her roommate’s sister to move in because of an emergency.  The only trouble is that she can’t stand the bitch.

KILLING YOU
A cryptic tale of a killer toying with their victim but this time the switch might get flipped.

WAITING IN THE WINGS
Wendy kills her boss after she gets assaulted by him.

STRING OF FALSE STARTS
Henry gives the greatest pep talk to his dead beat brother Harry with the hopes of changing his life for the better.

ISOLATED ROMANCE
Victor hates being a famous writer and misses his former life.