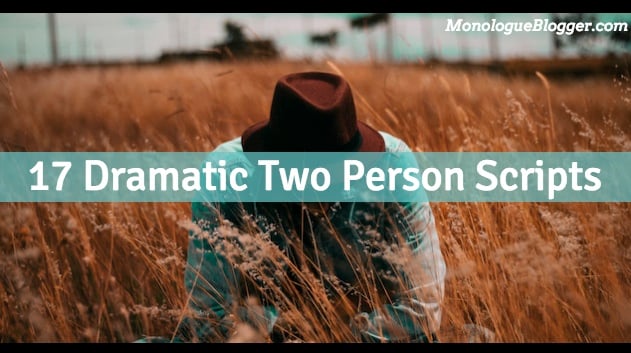 ENOUGH IS ENOUGH (2 women)
Sarah confronts a nurse caring for her mother about the negligence and crude manner in which she does her job.

IMAGINARY, YOU (2 men)
Waldo gets a visit from his older brother Rallye to discover that he didn’t attend their father’s funeral.

ENCOUNTER (1 woman, 1 man)
Roger and Leslie meet for the first time and spark up a romance.

DIAPER DIAMONDS (1 woman, 2 men)
Dan flips out after realizing he lost the diamonds he’s supposed to be holding for his boss.

MATCH MADE IN HEAVEN (1 woman, 1 man)
Mick admits his love to Tia for the first time and this new found vulnerability makes her happy.

WINDOW PAIN (2 women)
Vickie and Leslie are in a violent relationship together.

YELLOW DRESS (1 woman, 1 man)
A terrorist bomb has gone off in an airport and two strangers form an instant bond.

NOT QUITE (2 men)
One man threatens another man to confess his cheating ways to his wife.

DIRT MOUTH (2 men)
One man buys a gun from a gun dealer in order to plot a dangerous plan.

REAL AGAIN (2 teen girls)
Two young girls are in love and discuss the possibility of going on the run together.

JASPER THE WHALE (1 man)
A man at the end of his life talks to a sculpture of a whale at a park.

THE HIRE (1 woman, 1 man)
Sam tries to seek out help and advice from a co-worker regarding a killer contract.

GAME (2 men)
Two friends have an argument about the truth of their loyalty.

BACK TO LIFE (1 woman, 1 man)
Pamela and Mitchell are going there separate ways with a final meeting at an outdoor train station.

POLICY (1 woman, 1 man)
A young married couple hustle money in ways that are dangerous and terrible.