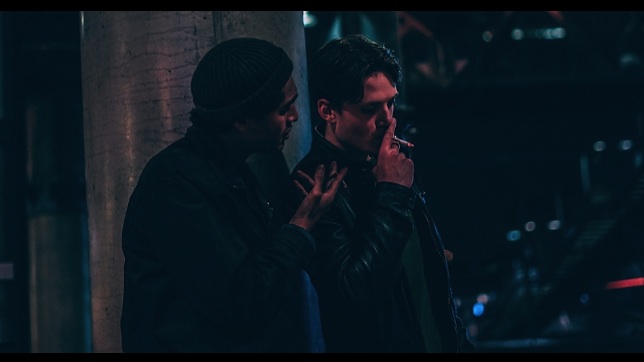 In Another Story Written, Moe tells his best friend Joe about how he’s done making excuses for not going after the woman he loves.

MOE: Nah man. This I gotta do alone, but thanks. Ya know, for the longest time I either ignored or blamed my circumstances. I made all the excuses I could think of, built ’em all up in my mind and for a moment, I believed ’em. Never took accountability for any of it. I didn’t do enough for her Joe, I didn’t ever show her how serious I was about her and she deserved that. That was the least she deserved, the respect. I don’t even know where she is right now man, I don’t know what job she’s got, don’t know if she’s livin’ in the same place…I don’t even know if she’s found someone else…but I can’t leave this, I can’t just walk away, not until I see it to the end. I’m meeting her Father, regardless, nothing’s gonna change that. Maybe she won’t take me back, Joe…I don’t know if she will, but I love her, I love her so much I will die without her…I’m gonna give this thing a shot. If it’s meant to be it will be, if not, at least I know I tried and stopped with all those excuses. That’s gotta count for somethin’… 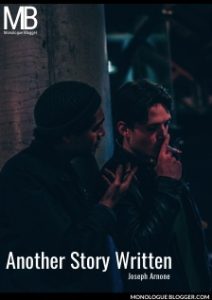 In the one act eplay, Another Story Written, Moe goes on a deep dive inside himself to figure out where his true happiness lives.  1 Woman, 2 Men.  Drama/Serio-Comedy.