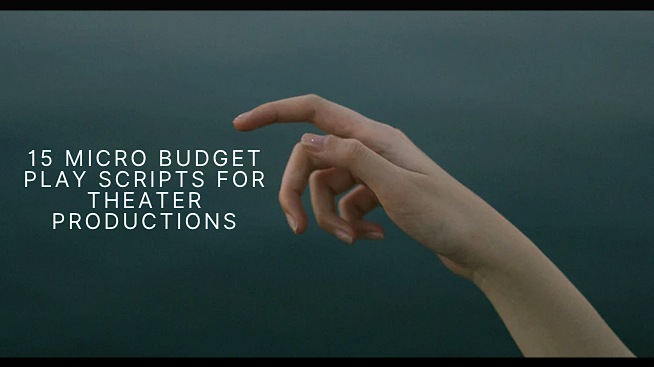 A DECENT MAN
Fabian is under going a ton of pressure and may do something drastic soon but as a final attempt to prevent himself from acting out, he visits a priest for help.

THE SIGNING
Eliza is due to get married but her soon to be springs a prenuptial agreement on her that totally destroys what she believed was true happiness.

ONE WAY ROAD
Pedro engages in conversation with his friend Babs at the local pub only to find out that she’s been secretly contemplating suicide.

THE FACE OF A GREAT ACTRESS
Amber is at her wit’s end raising her three year old daughter and when she tries to confide in her husband, things only get worse.

CHECKING IN
Rob finds his real father after not seeing him since he was a toddler.  He does this on account that he promised his mother on her death bed that he would do so.

NOTHIN’ BUT GOOD THINGS
After a failed music career, Betty Sue comes back home and spends time with her ex-boyfriend who is now married.

THE CHAIN OF HEREDITY
Deep in conversation with his ex-wife, Gregory shares with her his concerns that he was never a good father and questions if it’s too late to be one for their daughter.

MOMMA, I’M NO FOOL
Daphne is a teenager looking after her drug addicted mother.  She has recently located her biological father and is on her way to meet him for the first time with the hope of having a better life.

DRENCHED TO THE BONE
Miles pop up visits his ex-girlfriend because he can’t take another day without seeing her face and talking to her again but despite his good intentions, their issues creep up and create trouble again.

WHEN THE COOKING IS DONE
Marva feels alone and disconnected from her family.  One night while out to see a play her husband should have seen with her, she sees herself in the characters on stage and has a revelation.

STRANGER IN THE ROOM
After moving with her family to a new neighborhood and school, Andrea tries to explain to her mother that everyone she encounters in town does not seem ‘normal’.

KILLING YOU
A serial killer toys with their victim but as things unfold a surprising turn of events takes place.

THE MONSTER
After a late night of drinking, Byra reflects on what her best friend and roommate attempted to do to her and she reacts by packing her things to leave for good.

SPIRIT OF THE HORSE
After the most surreal event to ever take place in Turner’s life, he recounts the tale of how I horse passed away in his arms in the village of New York City.

BENEATH THE SURFACE
Martha and her daughter live in a a polluted environment breathing in toxic air but they try to rationalize it to themselves despite the danger they reside under.