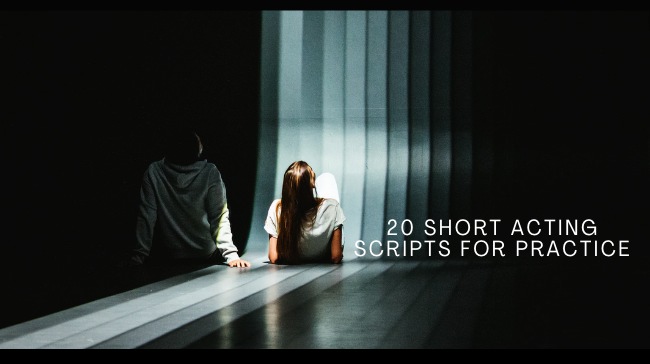 “Tell me something about yourself…anything.” from THE DANCING MAN
While riding in their vehicle Max and Bree discover a naked man tied up in their trunk.

“I don’t think anyone would agree to us being together.”  from NO CHOICE
Justin wants to date Judy and Judy wants to date Justin but their families may be the problem getting in the way of how they feel.

“You’re too stupid to go to Naples.” from THE WOEBEGONE
Lex and Ray are trying to sell their camera lenses to a stranger at the beach in order to get money.

“Why wasn’t I ever good enough in your eyes, Luca?” from RIGHT BETWEEN THE EYES
Luca visits his cousin Gio who has been hiding out from men who wish to do him harm.  Luca tries to convince Gio to flee the country but Gio has a different perspective.

“It angers me to remain quiet.” from A Decent Man
Evidence suggests that there was fowl play involved in the death of his father and as a last resort he turns to Father Del Henney to keep him from getting revenge.

“I’m not throwing you anywhere.” from THE ECHOES OF OUR EXISTENCE
Hopper is a married man who doesn’t want to break things off with his wife to be with Seanna and Seanna challenges him on his loyalty.

“I’ve failed my descendants.” from THE GHOSTS OF OUR ANCESTORS
Tiara tries to inspire her Uncle to find the means within himself to fight to keep their family’s estate.

“You don’t love me anymore?” from NO IS BETTER THAN SILENCE
Kyra has unexpectedly decided to move out of her apartment with boyfriend Mickey in order to live on her own and Mickey cannot seem to comprehend this major shift in their relationship.

“I can’t look at her anymore.” from BURNING FLOWERS
Riona fears and doubts her abilities at being a mother and turns to her husband for confidence.

“Never in a million years did I think you’d be an actress.”  from LOST AND FOUND
Teens Jarla and Kimmie try to help one another figure out their life’s career path. 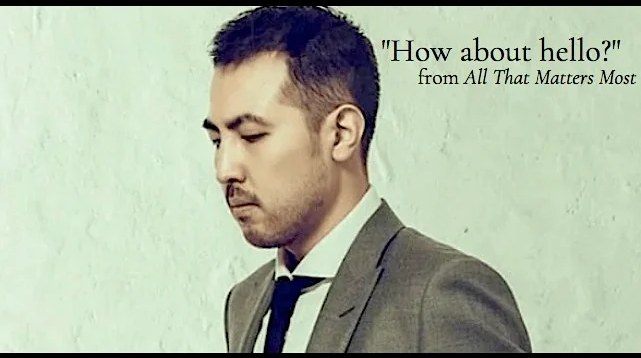 “How about hello?” from ALL THAT MATTERS MOST
Rosa confronts her husband Clyde over why he has been so distant lately.

“Can I make a confession?”  from SIREN IN THE NIGHT
While filling his truck up with gas, Bud recognizes his daughters childhood friend Crystal living on the streets panhandling.

“You can believe what you wanna believe.” from THE OTHER HALF OF MADELINE
For the first time ever, Madeline talks openly and truthfully to her son about the pain she suffered losing her infant daughter.

“Aren’t you going to try your eggs?” from TREAT ME NICE
Corinne takes care of her ill mother and tolerates her verbal abuse as best she can but despite the difficulty Corinne deep down wants to be close with her mother.

“Do you know how you’re getting home?” from HIGH PLACES
Although still on college, Harrison believe she met the woman of his dreams but Tiffany thinks he is a romantic.

“Wont’ you just look at that sky!” from NOTHIN’ BUT GOOD THINGS
After a long time pursuing her music career, Betty Sue comes back home and on a whim goes for a car drive with former lover Dunston.

“You haven’t changed one bit.” from SCRATCHING THE SURFACE
Former couple Ouzo and Ellen have not seen one another in years.  Ouzo visits Ellen’s art gallery in Manhattan and afterwards the two catch up.

“Our town is the pits.” from ACID TASTE
Three teenage girls go out to visit their local lake when one of them takes on the dare to swim out in the toxic waters.

“I wouldn’t go near her.” from LOVE IS A STRONG WORD
Martin visits his girlfriend Mischa at college when he receives the surprise of his life.

“Okay let’s stop there for a moment.“ from ACROSS THE FACE
All Mumford aspires to achieve is that is play goes on performance night.