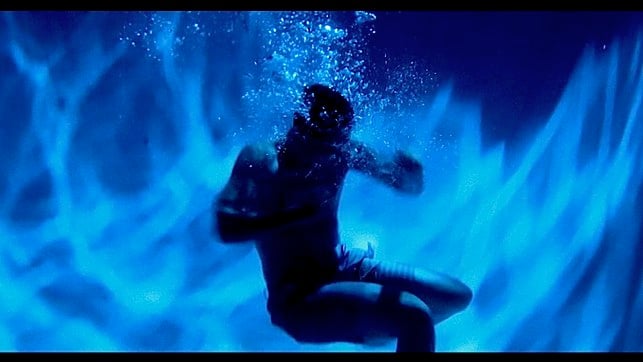 In this drama monologue from, ‘The Goldfish’, Kimmie shares a sad story from her youth in order to comfort Cameron’s grief.

KIMMIE: Come on, settle down, it’ll be alright Cameron. I killed a goldfish once. My mother took me to the pet shop when I was six years old an’ I stood in front of this big ole tank an’ the man who worked there asked me to pick out any fish I wanted an’ so I did. He placed the goldfish in a small plastic bag filled up with water an’ as my momma and me walked across the parking lot to get back to momma’s truck, I had this terrible sense of sadness come over me…what kind of life was this goldfish gonna have? How happy was it ever gonna be? And then I thought, I was gonna be responsible for this creature’s happiness, it was gonna be a full time job to feed it, clean the tank, buy its toys and what have you and I just thought the whole idea of owning a goldfish sucked. So I took my fingers an’ trapped the goldfish in the corner of the bag an’ I squeezed it, its eyes became enlarged an’ I got scared, I turned to my momma and said, “Momma, something’s wrong with the fish?!” After my momma examined the fish she turned to me and said, “Well, we tried.” And with that she tossed it in a nearby garbage and we drove back home without Edgar…I named him Edgar…Edgar the goldfish. Say, you remind me of him, ya know? You look a little bit like he did, especially now cause your eyes are all swollen up. But, you can stop being sad Cameron, you don’t have to end up like Edgar cause you can change things..for yourself…you can stop yourself from being tossed in the bin; that’s all on you though. 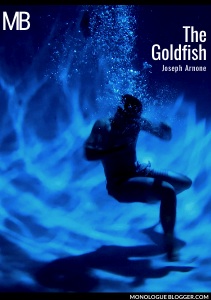 In the one-act eplay, ‘The Goldfish’ Cameron’s life has completely fallen apart.  His best friend Hunter gives him a final warning regarding the loss of his inheritance, the loss of his job and possibly the loss of the  woman he’s supposed to marry.  All of this occurs in the early morning hours, in the aftermath of a circus party at Cameron’s mobile home and property.  Things get even more complicated with Kimmie, the hula hoop performer that is certain Cameron loves her.  Drama.  2 Women, 2 Men.