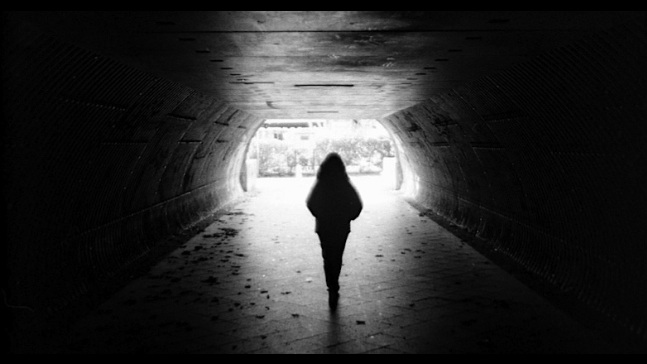 In Wonderland, Lexi comes to Ronda’s aid when she finds out she’s thinking about going back to the club to work for Vinny.

LEXI:  Stop sayin’ that!  I’m tellin’ you somethin’ and you better listen. He’s no good. He will use you, abuse you and remove you. You take one step further, he’ll skin you alive. I’ve seen it happen, seen it happen way too many times. You think you’re special? You ain’t special. See? That’s what he makes you out to believe. He’ll kill you with kindness, he’ll make you feel good inside, he’ll tell you sweet nothin’s, so long as he gets what he wants outta you. He’s nothin’ but lies and cons and much worse. He’s done things you should never know about…the worst kind of things. You have to kill him off. Forget he ever existed. Figure out a new plan. You hear me? This is the only way for you. (Beat.) I’ll tell you what I’ll do…I’ll let you stay at mine…but you gotta get a job, anythin’ that pays, not so you can contribute, I don’t need that but so you can become independent. Anythin’ is better than workin’ for Vinny, ya hear? You stay with me..we’ll figure things out..maybe you could go to school or, or find some passion or, a career, a real career and you can build a whole new world for yourself. I’ll give you my time, but you have to promise me Ronda…you have to swear to the high heavens that you will never and I mean never have anything to do with Vinny again…understood? 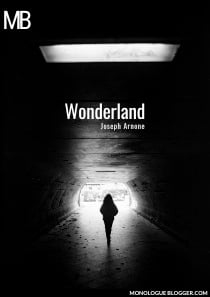 In the one-act eplay, ‘Wonderland’, Ronda borrows money from her co-worker Lexi in order to take a bus out of town but Lexi finds out that Ronda is considering staying at the club and continuing her relationship with Vinny.  2 Women.  Drama.