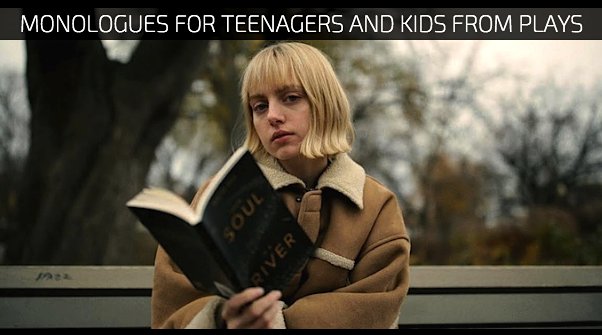 We offer a helpful resource for young actors working on monologues/scene study for class, acting reels, video channels and auditions.

The monologues shared here are taken from our growing collection of one-act ePlays.

There are times when castings or teachers will ask you to have a monologue prepared from a play.  The free teen monologue shared here are from plays and should help you narrow down your search.

Free Monologues for Teenagers and Kids from Plays

In this one-act play, Milani has gotten into trouble with her latest group of friends.  The problems she faces seem to be happening more often than not.  All her trouble may stem from losing her Uncle.

Milani’s entire world has slowly been crashing down on her and the more trouble she seems to get into, the worse off she becomes.

There still remains a small glimmer inside of her for hope and although this glimmer may be small, it can be powerful if only she can reconnect with the good side of who she has within herself. 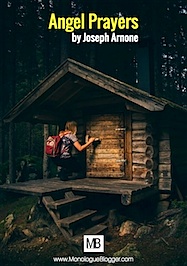 Just So You Know

In this one -act play, Sally is going through a difficult time feeling ignored.  She doesn’t have many friends at school or in general and because of this fact she has a tendency to hang on to her older sister to help fill the void.

The problem is that her older sister is much more interested in hanging out with her own group of friends and not looking uncool in front of them by having Sally tag along. 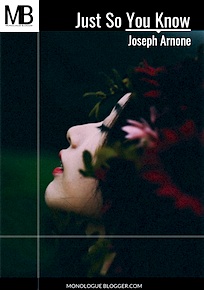 In this one-act play, Sahara approaches M/F to genuinely make a connection with a new friend but there may be a sneakier motive behind the agenda of actual real friendship.

This short play explores the issues of friendship, loneliness and the way in which rumors spread by observation alone. 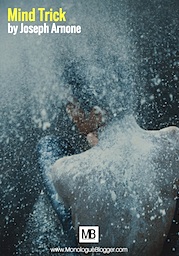 In this one-act play, we earn that Jesse comes from a very difficult family.  A family where drama is everywhere he looks.  The only good thing in his life is his girlfriend but his pressure from home is starting to cause cracks in their relationship. 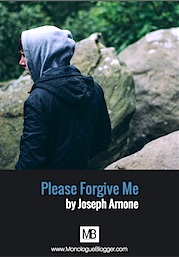 In this one-act play, Shadira is a dedicated figure skater and diligent at school with amazing grades.  Additionally, Shadira also helps to take care of her family by doing an abundance of chores.

The big issue for Shadira is that she has taken on too much at such a young age.  She has a tendency to put everyone else first because she has a good heart.

She talks to her mother to get more support and understanding for the demanding life she lives.

In this one-act play, Tabitha feel much less intelligent than her schoolmates.  She has been living with her certain inner fear and self-criticism for quite some time.

Tabitha keeps it all a secret and doesn’t tell her family anything.  She does turn to her Guidance Counselor for support and help with her confidence and how she can improve with her studies.

In this one-act play, Jasmine admits to her cousin that things aren’t like they used to be between them.  Jasmine is worried that they are at a crossroads in their relationship because of their different interests in things.

All Jasmine wishes to do is be close with her cousin and accept her different perspective but within limits.

In this one-act play, Ronda has yet again popped up at her cousins place only to find her on the couch in her usual spot, watching television.

Ronda wants to spend time with her cousin but is also seriously concerned that her cousin is losing out on her youth by staying home all the time.

Rita has been suffering from a deep depression and doesn’t know why or how to come out of it and be happy again.  To make matters worse, she feels more and more removed from the people she cares about.

Rita doesn’t know how to feel as much as she used to and she wants to connect more, despite her self-protection.

Shadows of My Mind

In this one-act play, Naomi turns to her Aunt for advice about being true to herself.  Lately, Naimi has been stuck with her own identity, she feels torn about who she is and fear over the deicson she makes when it comes to her future.

In this one-act play, Cordelia is caught inside herself over the fact that she prefers girls to guys.  Listening to her friend talk about guy problems is the last thing she needs.

Cordelia hasn’t opened up to her family about the truth of her attractions and because of this she feels alone and trapped.  Is Sophia a good enough friend to be there for her in her time of need? 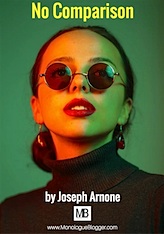 Cassandra loves her boyfriend Robert.  It’s the first guy she’s ever seriously dated and he means the world to her.  But she doesn’t like one major thing about him, his change of personality when being around his friends.

Cassandra calls Robert out on this issue and things get a little sticky for their relationship. 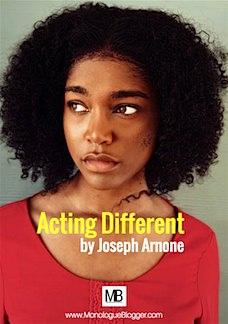 In this one-act play, Tiffany is at her wit’s end about her creative choices and needs a path before things blow up in her face.  She turns to her teacher/mentor for help and advice before she gives up entirely.

In this one-act play, Melanie is going through an emotional crises where she feels that she is disconnected form her true self in some way and desperately needs to figure out the problem.

Her best friend may be the right person to fix what may be broken.

In this one-act play, Meagan rants and raves about how men always seem to play stupid head games whenever they like you in order for themselves not to look needy.

Megan recently met a guy she likes but is disappointed because he still hasn’t called her and just like all the other guys she’s met before, he seems to be playing a head game. 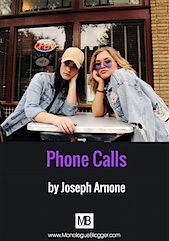 A Sense of Belonging

In this one-act play, Beverly spends time opening up to her mother about how she doesn’t fit in at school and needs a change. 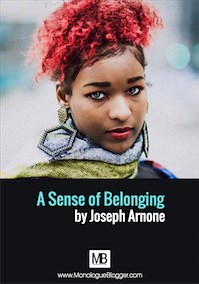 Rather Be A Man

In this one-act play, two friends reveal how fed up they are with the ridiculous come ons that guys think work with women. 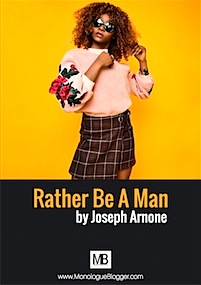 Free Monologues for Teenagers from Plays

JUST A CRACK
Rayla and her boyfriend are on the verge of breaking up but something may come in the way that keeps them together.

LICK MY WOUNDS
Crystal is a stand up girl and that reflects on dating her current boyfriend, who she thinks isn’t happy in their relationship.

ONE THING
Brianna was raised to respect herself and won’t make room for any random guy to simply ‘get what they want’.

PIT OF MY STOMACH
Nina puts her father in check over robbing another store.

SINCE CHILDHOOD
Zoe is secretly in love with her best friend Ricky but the only problem is that he doesn’t know.

SLY STATEMENTS
Melanie wants to be treated fairly and honestly from her boyfriend who seems to be screwing up everything.

SOMETHING ELSE TAKES OVER
Taliya and her mother have been going at it for years and it’s finally reaching a head because Taliya is almost old enough to leave and possibly run away from home altogether.