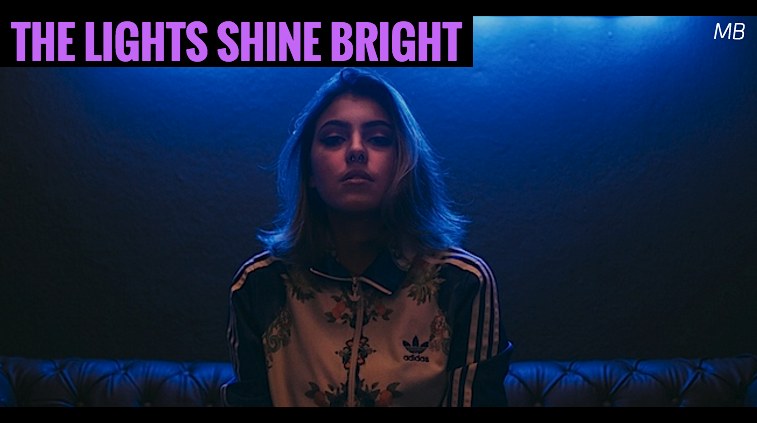 BUTCH and CAROLINA sit in the office of a strip club.  It’s 4:30 am.  Butch isn’t too happy with the way Carolina has been performing and working the stage.

Butch takes a bite out of a banana and tosses the rest in a trashcan.

Butch: You see, the thing about it is, I don’t like the way you’ve been shaking your ass on stage.

Carolina: What’s it to you how I shake my ass?

Butch: It’s my club! You shake your ass the way you’re supposed to.

Carolina: Has anyone complained?

Butch: I’m complaining. You’re doing too much of that sh’t and you look like you’re in la la land up there. I can’t have you flopping all over the stage. It makes my place look unprofessional.

Carolina: I do what I need to do.

Carolina: Or what? You’re gonna fire me big shot? Fire me! See if I care what you do. Your place stinks, anyway. Complete sh’thole. I don’t even know why I’m working for you.

Carolina: Go where? Am I fired?

Butch: You’re not fired but you’re getting there.

Carolina: So, fire me then.

Butch: I’m not firing you.

Carolina: Why? Why won’t you fire me?

Butch: Just get out of here. Go. Before I change my mind.

Carolina: You know I’m the hottest piece of ass this place has ever seen. I keep your customers coming back for more!

Butch: Alright. That’s how you want it to be?

Butch: Can you leave? Take yourself out of the chair and go.

Carolina: You won’t have any business without me.

Butch: I’m not firing you. I just want you to leave my office, please.

Carolina: I’ll shake my ass any which way I want. It’s my ass and I can shake it this way or that way because the lights shine bright all over it and they throw money at me…B***h.

Butch: Carolina, I’ll have Freddy drive you home and—

Carolina: Where’s Freddy? Get Freddy. He’s not a b***h like you. (calling) Freddy? Where’s…FREDDY?

Butch: Stay here. I’ll get him.

Freddy helps Carolina stand up from her chair.

Carolina: You know the way?

Freddy: (clears his throat) I remember.

Carolina: Wait! (to Butch) You’re an a**hole with your rusty, rotting sign outside, your place stinks of balls and your stage has holes so it’s YOU, YOU don’t take care of your business…it’s not me shaking my—

Freddy: It’s fine. Let me get you home safe.

Carolina: Death. This is the house of death.

Butch: Freddy, get her out of here already! Grab her and take her out!

Butch: I swear to God I’m gonna go crazy in another second. Fred, take her arm and walk her out.

Freddy gently takes Carolina’s arm and escorts her toward the door.

Carolina: You’re kind to me.

Carolina: Why you so kind to me?

Freddy: Cause you’re a good person.