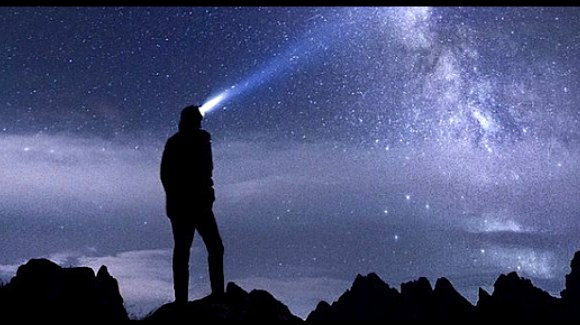 NOEL has a problem.  A beer drinking alien keeps stealing his beers.  Noel develops a plan to catch the creature and sell it for money with his friends.

Noel:  I was standing outside my back porch when this alien spaceship landed in my backyard.  Lights were shining bright and I could barely see but then they dimmed and I could see.

So, a stair, a set of stairs comes out the side of this ship and a little alien man, he come stepping down the stairs and he walks up to me, he was a small fella, about four feet tall and he snatches my beer out from my hand and chugs it down. The whole thing.  He burped.  Smiled.  Gave me the finger or at least I think he did, he only had three fingers but it was the middle one that he kind of gestured at me with and then handed the beer back to me and walked back up the stairs to the ship and flew up into the sky in a flash.

Now what in the hell do you call that?  (beat)  I ain’t made eye contact with the little creature since but this past week I keep missing beers in my fridge.  I’ll buy a case and it’ll be completely wiped out the following day.  Nothing left but an empty cardboard box.

It’s the alien.  He’s a thief.  He keeps stealing my beers.

Now looky here, tonight we are gonna catch that tiny son of a b*tch.  We’re gonna stake him out.  I’ve booby trapped the entire kitchen, anything that comes in won’t ever get out.  I got me some zappers, too.

This could be pay day.  If we catch him, we can get top dollar.  How much you think a little four foot alien go for?  A million?  Five million?  Heck, I aim to find out. 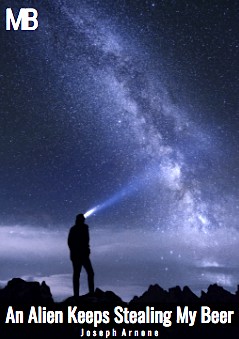 In this one-act ePlay, Noel is fed up with a four foot alien stealing beers out of his refrigerator, so he creates a plan with his friend Crekie and neighbor Samantha, to capture the little fella. 1 Woman, 2 Men. Comedy.