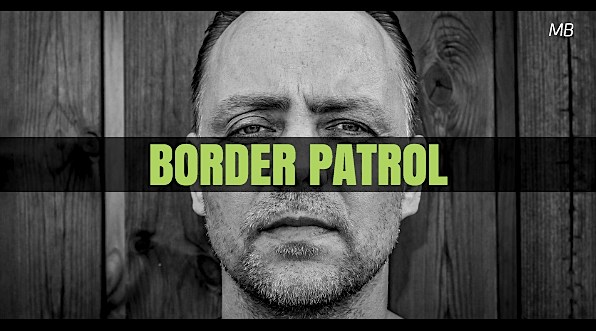 Border Patrol is a dramatic script.  JERRY is a criminal who has raised his brother’s sons as his own and is grooming them for a crime life.  3 men. 1 woman.

W: Why you always calling me that?

W: You call me that again, I’m liable to rip your tongue out of your throat.

S: Don’t be liable and just do it then…

Jerry: That’s enough.  Supposed to be brothers.  Haven’t I taught you boys nothing? Raising you as my own and this is the respect you show me in me own home?  I oughta take you both out back and whip you to shreds.  (beat) Now, they’ll be coming on the south side of the bridge.  Once they get the center of it, we hold them there.  Jimmy will come with his and do the rest.

W: We’re the border patrol, that it?

W: He promised us a bigger role…things not moving fast enough that is.

Jerry: If it weren’t for Jimmy, you’d be long gone fella.

W: That was then, this is now Jerry.

Jerry: And later will be then.

S: So we hold them boys there and that’ll be all until Jimmy shows up?

S: What if Jimmy don’t show?

Jerry: Don’t question Jimmy.  That’s the plan.  He ain’t there, then we handle business on our own.

Jerry: He will show!

S: How long do we wait to decide whether or not he’s gonna show then?

Jerry: It will be on my cue.  Neither one of ya’s make a move until my cue.  You got it?

Maggie: Oh the bakery was spoiled.

Maggie: Aye, aye.  There was an infestation found.  None of the dough is any good.  Everything’s soiled.  I’m sorry boys.

Maggie:  I got the stew on but the bread is just a few shards of leftovers, is all.

Jerry: Why don’t you boys clean up.  You both look filthy the pair of ya.  Big day coming.  Mother’s stew will set you right.

Maggie: And what big day is that I hear?

Jerry: Oh, gonna take them fishing on the Maxie boat is all…lad time.

Maggie: They should be getting jobs instead.  Neither one of them do any work around here.

Jerry: They doin’ odd jobs here and there.

Jerry: Don’t start in with that now Maggie.

Maggie: You promised me them boys was not gonna grow up crooked.  Neither one of them can stand up straight as I can see.

Jerry: They are both straight as can be.  I can’t iron out what they’re naturally inclined to do.

Maggie: You took an oath for your brother and it’s his boys as your own.  Brian was a good man.  Clean.

Jerry: They’re finding themselves out is all.

Maggie: Jerry, give them the guidance they deserve, without that, there’s no way out for them.

(Maggie tends to the stew shaking her head)

(kisses her on the cheek)

Mother: Don’t worry.  I’m fine.  It’s you I worry for and your brother.  The two of ya gonna be the death of me.

S: Now why you goin on saying that for?

Mother: I see it in your faces.  Both up to no good.

S: We’re fine.  Everybody is fine.

Mother: Are you sure of it?

S: What’s gotten into you so suddenly?

Mother: I’ve been around long enough to know you boys are not seeing any honest work?  Making your money on the shipyards and alleyways in town.  I may not be your mother but I am your mother in heart and I…

S: Mother’s sad for us cause you’re a dirty slob.

Mother: Oh stop it both of you!  I’ve had it with both of ya.  Can’t you get along once or twice in my presence?!

Mother: Let’s have a nice dinner and be done with it.

S and W fight over a plate.  Jerry eyes them both and they stop.

Jerry: Oh, uh, would never know how lucky we are to have this wonderful stew we are about to eat from the most wonderful cook this side of Galway.

Jerry: This is the best stew on planet Earth.

W: We are blessed men we are.

(Maggie smiles.  S kisses her on the cheek.  W plants a kiss on her other cheek.  Jerry chuckles and motions to hug her.  All three men surround her with affection.)

Maggie: Oh stop it you, you group of fools.  Hahaha. A swarm of bees is what you all are, isn’t it?  Go sit down so I can serve the lot of ya.

(All three men sit down)