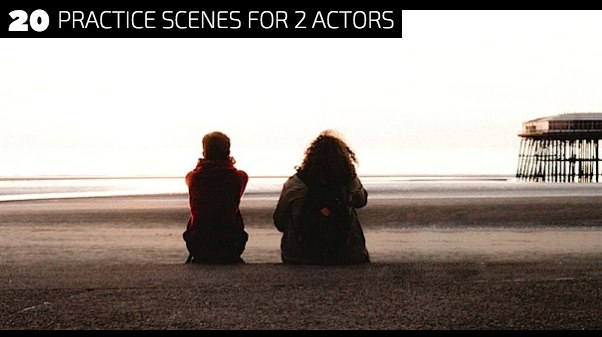 20 Practice Scenes for 2 Actors offers scenes for 2 women, 2 men or 1 woman and 1 man.  Great material for auditions or drama class.

MAYBE YOU’RE HAVING A MENTAL BREAKDOWN OF SOME SORT
Cathy lashes out at her friend inside an ice cream parlor due to the fact that she’s on the verge of a breakdown.

I DON’T WANT ANOTHER DUMB ARGUMENT
Two sisters who don’t get along but love one another stand between their pride and their compassion for one another.

AREN’T YOU GOING TO TRY YOUR EGGS?
Corinne does everything for her ailing mother despite how horrific she gets treated on a daily basis.

YOU ARE FAR FROM SOBER GIRL
Pina comes to the aid of her best friend after receiving a drunken phone call.

OUR TOWN IS THE PITS
Three teenagers hangout at a toxic lake and one of them goes in for a swim based on a challenge.

I’M NOT THE NEEDY TYPE, RIGHT?
After Meagan believes she met the man of her dreams, the annoying fact that he still hasn’t called her is firing her up.

HE LOOKED ROUGH AROUND THE EDGES
While two best friends hang out at a cafe, a guy approaches them with the invite to a house party.

I NEED A DRINK
A jealous co-worker doesn’t want her friend dating a guy she doesn’t like.

YOUR EYES DAZZLE WITH THAT TYPE OF GREEN
A funny one-act play featuring an intense sales rep at a retail store that terrorizes a couple.

SOMETHING IN THE MACARONI AND CHEESE BOWL MOVED
Roommates battle the elements living inside their filthy refrigerator due to the fact that they never clean their apartment. 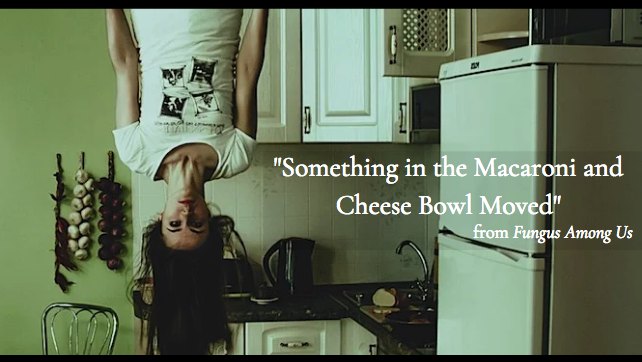 DON’T CALL ME NUTS, YOU KNOW I HATE THAT
Two brothers involved in crime and a woman who gets in the way of their motives.

I HAVE AN EGO CAUSE I’VE EARNED MY EGO
Bill has a painful admission for his son who visits him unannounced at work.

I’M WITH YOU SOLDIER
Two soldiers are left stranded after battle on top of a mountain during a major snow blizzard approaches.

I ONCE SEEN A BOXER
Maddock realizes he’s past his boxing prime and wants to work for the mob in order to make a living.

HOW DID YOU FIND ME?
Rob finds the father who disappeared when he was two in order to set the record straight.

YOU ALWAYS GET HEADACHES WHEN WE TALK PAST A THIRD GRADE LEVEL
Dan messes with his friend’s psychology in all good fun.

I’LL MEET YOU HALFWAY
Dono doesn’t want to live with Vance’s creepy statues all over their apartment.

HAVE YOU WRITTEN ANYTHING ELSE?
An out of work indie filmmaker tries to figure out why he isn’t inspired while drinking with his friend at the local pub.

NO FLOWERS, NOT EVEN A CARD
A dark humor play act about two unhappy men during a pandemic lockdown.

We didn’t want to leave out scenes that take place between a woman and man.  You will find plenty just below.