THE DANCING MAN
Max is hired to take Bree across state lines but during a a quick pullover stop along the highway, they discover a man in the trunk of the car who doesn’t know who he is and wishes to dance barefoot.

HOTEL LOBBY
Carlotta decides to meet Davide (male escort of sorts) in order to get even with her cheating husband.

LEANING OUT THE WINDOW
Jean is dead broke, hungry and bored.  His friend Harla stops by to see the state he’s in and tries to dig him out from it.

A SHADE OR TWO DARKER
Lion is a young man who is undergoing an awakening as to his experience of racism in his life.  He engages in a head to head battle with his parents over his future and the path he desires to take.

ECHO CHAMBER
Mrs. Henley has tried to have children for years but can’t seem to become pregnant.  However, one of her servants on her estate, Justine, is pregnant and Mrs. Henley wishes to take the baby as her own.  Period drama.

WAKING HOURS
Willis is dumbfounded by witnessing the death of two birds colliding into a high rise building and he shares his perspective with his girlfriend Susan.

FACING THE SUN
Three soldiers are trapped on a mountaintop after a major battle has left them stranded, hungry and cold.  They wait for a rescue chopper during an early winter morning.

LITTLE FISH
Bryan and his wife Delilah are deeply conflicted over their life and the society the exist in.

NO HARM IN ASKING
Luzzy gets approached by her stepson as to why she didn’t tell him that she buried his father without informing him of his death.

ICE CREAM FROM A WINDOW
Cathy is literally cracking up and the mental and emotional strain she is facing my have already overwhelmed her to the point of no return.

THE CIRCLES UNDER OUR EYES
A heartfelt drama between a mother and her no good son she always tries to save from the darkness of life.

DRAGONFLY WHISPERS
A elderly couple (could change the age if need be) are having their kitchen morning together but Flora tells her husband that she’s hearing “thing” behind their kitchen wall again. 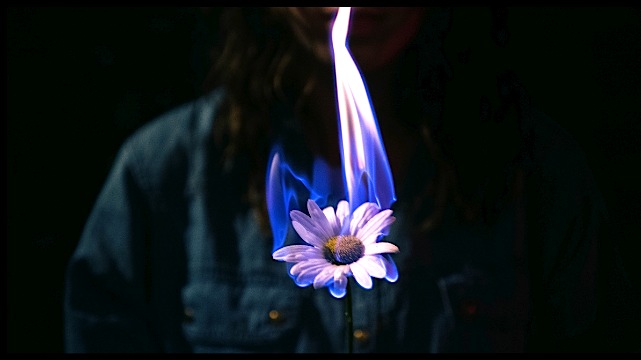 BURNING FLOWERS
Riona never wanted to be a mother but she is one and the consequences are difficult to cope with.

HONEY COMES FROM BEES
A mother is left to care for her son (20’s) after going missing and returning five years later.

YOU WOULDN’T BELIEVE RALPHY
Ralphy owes Donnie a ton of cash but he is forced to miss out on his latest payment because of an encounter with an alligator.

TIRADES OF PUPEYE
Pupeye suffers from a short temperament and needs medication to keep him from flipping out on people.  However, when he takes more than his full does, he becomes a wizard of the mind and deeply philosophical.

FEVER DREAM
Reggie can’t seem to bring herself to visit her father in the hospital, not because she doesn’t love him but because their relationship is awkward and difficult.

ROSE TO ASH
Aggie confronts her caretaker (her uncle) about the slum life she’s been raised in, only to take an action that neither of them ever expected.

FISHIN’ FOR MISERY
Max is an indie filmmaker with no career prospects whatsoever.  He discusses his fate with his only true friend in a dingy bar.

CRACKS IN STONE
A period drama exploring a family with regards to a husband and wife battling over the truth of their child’s DNA.

SACRED LAND
Mr. Craggsdale arrives at his employer’s home office to try and convince him to put a stop to his building project.

BRIGHT RED TRACTOR
A funny take on a man who wants to remove a tractor on his land that isn’t rightfully his.

TERRIBLE ANALOGY
A serio-comedy piece about Jeffrey who feels smothered by his wife who doesn’t ever seem to let him be when he needs to be left alone.