If you are a teen actor looking to get cast in your next Middle School or High School production, try out these 44 High School Teen Monologues for Castings.

VOICES IN THE TREES
Marina suffers from mental problems and to make her situation more difficult, she has a brother always making fun of her.

ANGEL PRAYERS
Milani has suffered an emotional loss from someone she loved very much and this has caused her to rebel.

THOSE DAYS ARE OVER
Marsha defends herself against her sisters wrath.

BUBBLE WORLD
Jasmine admits to her cousin that things aren’t like they used to be between them and she is concerned that their differences may have pushed them too far apart to ever be close again.

I’M NOT DUMB
Tabitha doesn’t feel like she’s up to speed with the other teens at school, which makes her doubt herself and question her self-confidence.

ONE-WAY CONVERSATION
Bella has been keeping her emotions locked up for far too long with regards to her mother because she feels that her mother never seems to be supportive with her ambitions.

POTATO HEAD
Ronda is on the verge of giving up on her cousin who never wants to go out and have fun but instead only wants to sit on the couch and watch TV or play video games.

PROTECTIVE SHIELD
Rita feels as if she’s locked inside herself and she discusses her ongoing depression to break free.

SHADOWS OF MY MIND
Naomi turns to her Aunt for advice about having the strength of character to be true to herself.

SLY STATEMENTS
Melanie hasn’t been getting treated right from her boyfriend for quite some time and it’s reached a point where she thinks his belittlement of her needs to come to its end.

SOMETHING ELSE TAKES OVER
Taliya suffers from temper issues and needs to seek anger management but she speaks with her Aunt because she doesn’t want to continue living her life angry all the time.

AFTER-SCHOOL ACTIVITIES
LaQuisha doesn’t want her mother bossing her around as her track & field coach.

TWO SHADES AWAY
Melanie is going through an emotional crises where she feels that she is disconnected form her true self and needs to figure out how to get back on track again.

TYPICAL TEEN
Shadira is a talented figure skater, straight A student and always helps her family…if only everyone else can give her what she needs in return.

FIRST MOVE
Susan is wondering if she should work up the courage to ask out the guy she likes.

WASTED TALENT
Donnie discusses the loss of his friend from suicide, a friend who was also in his music band and extremely talented.

MY SIDE OF THINGS
Clara and her sister try to work out their differences despite their argument.

MIDSUMMER NIGHT
Unfortunately for Chanade, she suffers from a serious case of depression and contemplate suicide way too often…can her best friend help save her?

DON’T LEAVE ME WITHOUT MUFFIN
Ginger is off in the middle of the night to escape her unhappiness at home but just as she is about to exit the front door her mother confronts her. 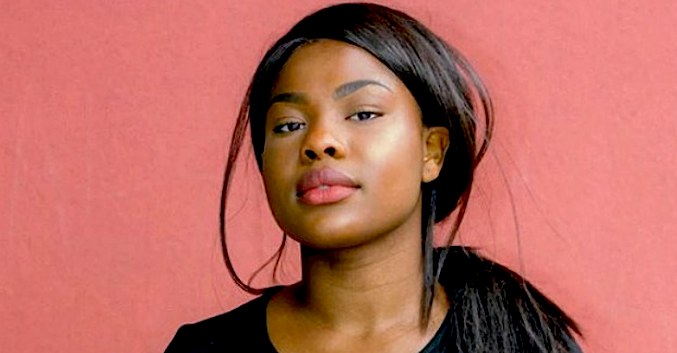 THE GHOSTS OF OUR ANCESTORS
Tiara discusses the family estate with her Uncle Ivan and what scheme they should plan in order to never lose it.

VENOMOUS IMPULSE
Reloya has become a dangerous entity in her home and her father decides to throw her out.

TRUE CALLING
Charla thinks that it may be too late to go after her dreams but her friend may be able to knock those negative thoughts out of her for good.

SINCE CHILDHOOD
Zoe confesses her love to her best friend Ricky.

OTHER SIDE OF THE ROAD
Cindy accidentally hit and killed a squirrel on her way to her Grandparents house and she is emotionally destroyed over it.

THE PIT OF MY STOMACH
Nina lets her father know that she doesn’t want to assist him in another one of his stupid hustles.

SLIVER OF SINCERITY
Lenora can’t stand how her sister only cares about herself as if the world revolves around her.

STOP PLAYING THE VICTIM
Sally is fed up with the pessimistic view of life that her dear friend always holds.

RESET BUTTON
Lana can no longer take being the nice girl and needs to hold court with her friend.

SOFT SONG
Tina battles her selfishness when she learn of a birthday party she can’t attend that is being held for her Grandmother who is dying.

JUST A CRACK
Rayla and her boyfriend are on the verge of quitting their relationship but something surprising may end of keeping them together.

JUST SO YOU KNOW
Sally is obnoxious to hr older sister because she seems to be all she has in terms of friends.

ROGER USED TO BE WILLY
This is a period piece where Rosanna has run off from home because she can’t take the ruling of her father.

BEHIND THE EIGHT BALL
Helena talks to her friend about the struggles she has to survive.